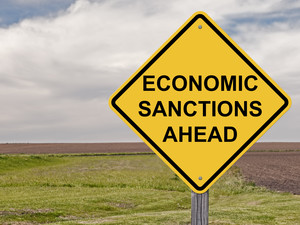 The authors wish to thank José María Viñals and Diego Sevilla Pascual for their contributions to this post.

“Russia should not benefit from European knowledge and expertise.”  That is the view of European Commission (“EC”) President Ursula von der Leyen, who recently proposed an eighth package of sanctions against Russia in response to “escalation” in Ukraine.

Among the “biting” new sanctions will be a wider ban on the provision of European services to Russia.  The list of banned services has not yet been announced, but there are multiple reports circulating that this may include legal services.  Watch this space!

Since Russia’s incursion into Ukraine began in February, European Union (“EU”) sanctions have targeted hundreds of individuals including, among others, Russian President Vladimir Putin, Foreign Minister Sergey Lavrov, other government officials, oligarchs and other “elites” proximate to Putin, senior military officers, and individuals responsible for disinformation.  They have also banned the import into the EU of certain Russian goods; banned the export, sale, supply, or transfer of certain EU goods to Russia; forbidden passage through or over EU territory; imposed new depository and transactional limits, capital markets restrictions, sectoral prohibitions; and excluded Russian and Belarusian banks from the SWIFT international payment system.

The latest sanctions package responds to the recent referenda organized in occupied territories of Ukraine, presumably with a view to their annexation, the mobilization of 300,000 additional militants, and the threatened deployment of nuclear weapons.

The proposed new package also includes a focus on sanctions circumvention.  The EC insists that it will list individuals or entities that knowingly and intentionally circumvent Russian sanctions.  This would apply, for example, to entities that buy goods in the EU and that knowingly and intentionally transship them to Russia through third countries.

EU-based companies harboring any suspicion that their counterparties are devising structures, or concealing information, in order to evade the many sanctions in force against Russia, should consult with lawyers.

Finally, the proposed new package includes a prohibition on EU nationals sitting on governing bodies of Russian state-owned enterprises, as well as additional bans on the provision of services from the EU to Russia.  While the list of potential services to be banned has not yet been announced, reports suggest that this may include architectural and engineering services, information technology consultancy services, and legal advisory services.  If that is the case, any person within the EU, any EU Member State national (whether inside or outside the EU), and any firm incorporated or constituted under the law of an EU Member State, will be prohibited from providing legal services or advice to Russia.  This would potentially impact not only EU legal services providers, but also Russian companies that rely on EU group companies for legal support.

At the time of writing, the new measures are merely proposals and are yet to be agreed by the 27 EU Member States.  There is a chance that Hungary, an ally of Russia, will push back on the price cap on Russian oil.  However, Josep Borrell, the EU’s High Representative for Foreign Affairs and Security Policy, announced unanimity among EU foreign ministers to adopt tough additional measures following Putin’s latest speech, in which he hinted that Russia could resort to nuclear weapons.

The smart way to pay for “experiences” and other money tips

ILTACON22 Mixtape: How Have You Seen Interest in Legal Tech Change?

Slow As A Turtle? Florida Court Finds “No Damages for Delay” Clause Has Limits

The Queen’s clothes and jewels: Who inherits her enormous collection?

Software as a Product – The European Union Goes There