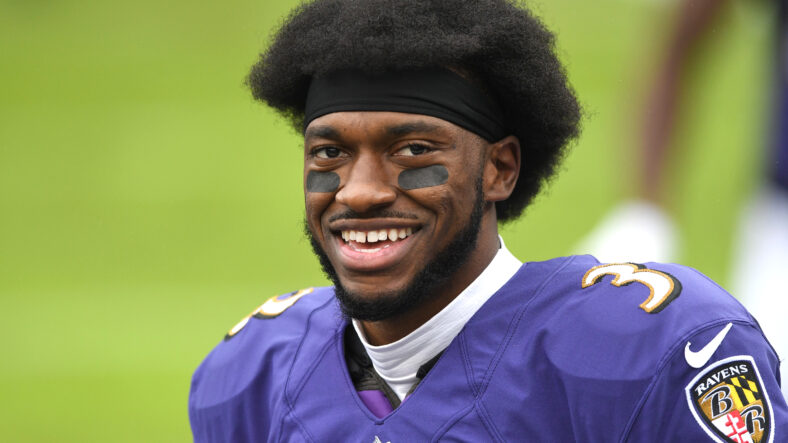 It was announced over the weekend that former Minnesota Vikings legend Randy Moss would no longer be included as part of the Monday Night Football pregame show. As part of his new contract with ESPN, there were changes coming to the show’s construction. Now we know who will be replacing him.

Robert Griffin III, otherwise known as RGIII, last played in the NFL during the 2020 season for the Baltimore Ravens. He saw action in four games while drawing one start. Griffin was the 2nd overall pick by Washington during the 2012 NFL Draft. He went on to win the AP Rookie of the Year award and also was selected to the Pro Bowl.

The New York Post’s Andrew Marchand reported Griffin would replace the seat Moss ultimately opted to vacate. Griffin recently suggested he’s still open to resuming his playing career, but that would seem an unwise decision now — given one of the most prominent broadcasting opportunities in sports. While he may have tread still on the tires, this new avenue of relevance could be fruitful.

It’s certainly a positive thing that Moss is staying on for ESPN. There’s no question the travel demands requiring a Sunday presence in Bristol, CT, and then a field presence at the destination of the Monday Night Football game would be tiring every week. This gives the former Vikings superstar an avenue for a better work/life balance.

As far as Griffin goes, it will be interesting to see how he utilizes this new stage. Once in the process of writing a tell-all book regarding the culture in Washington, he shelved the project, and it may have been in fear of limited opportunities going forward. The former signal-caller will have a chance to see the Commanders in person on Monday, November 14, when they face the Philadelphia Eagles.

Maybe this new role can be a launching pad for growth in the post-playing career field. ESPN certainly would not have given the role to Griffin if they didn’t have high hopes for what he could bring to the table. Moss set the standard and leaves plenty to live up to.

The Vikings 2022 Offense by the Numbers: After Week 6

So, How Many More Games Will These Vikings Win?

5 Definitive Things We Know about the Vikings Offseason So Far