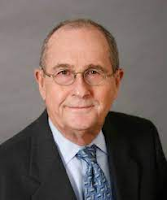 The Sixth District Court of Appeal is saddened to report the passing of retired Justice Walter P. Capaccioli, on August 9th of 2022 at the age of 91. Justice Capaccioli served on the Sixth District Court from October 1986 to December 1992, and he remained active in the legal community after his retirement from the Court, serving as an arbitrator and mediator with JAMs.

Justice Capaccioli was born in San Francisco and grew up as the proud son of Italian immigrants. He graduated from St. Ignatius High School and the University of San Francisco, after which he served in the U.S. Army from 1954 to 1956. He earned his law degree from Stanford University and began his law practice working at the firm of Xenophon Tragoutsis, where he became a named partner. In 1971, Justice Capaccioli became a municipal court judge in South San Francisco. After three years he was appointed to the San Mateo County Superior Court by Governor Reagan. He served as a pro-tem justice at the California Supreme Court in 1985, and the following year Governor Deukmejian appointed him to the Sixth District. When he joined the Sixth District it had only three Justices with very heavy caseloads. It added three more seats during his tenure.

He is remembered at the Sixth District for his fair mind, wry sense of humor, and hard work. In an oral history interview

, his fellow justice Harry Brauer noted, “when I retired, I went around to all the chambers and said goodbye and Capaccioli said to me, after telling me how much he had learned from me, he said, ‘I’m not going to insult you by calling you a nice guy.’ And that probably was just right.”

Sticking to Your Communications Policies [video]