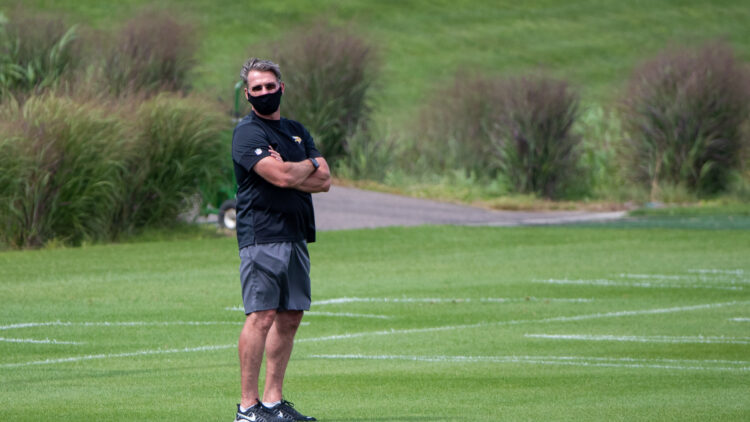 The Miami Dolphins will forfeit a 1st-Round selection in the 2023 NFL Draft and a 3rd-Round pick in the 2024 NFL Draft, while the team’s owner, Stephen Ross, is suspended until October 17th. And former Minnesota Vikings general manager Rick Spielman is unfazed by the punishment.

The comeuppance is draft picks, the lifeblood of a team’s depth chart. But according to Spielman, who worked for the Dolphins from 2002 to 2004, the loss of draft capital may be much ado about nothing.

Spielman writes for The 33rd Team, a think tank and football analysis website — which also has former Vikings skipper Mike Zimmer on its roster — and opined on the draft pick forfeiture on Tuesday, “Losing a draft pick isn’t as big of a deal as not knowing who your starting quarterback is going to be.”

Spielman continued, “I don’t think the loss of picks is a big deal for Miami — that is, unless quarterback Tua Tagovailoa struggles this season. If Tua can succeed, I believe this team is still in a good spot to have a successful season.”

The idea here is that’s it “no big deal” if Miami need not take another swing at a quarterback of the future in 2023. There are a couple of items at play in Spielman’s hypothesis:

Of course life will be easier for the Dolphins if Tagovailoa takes a Josh Allenian leap in Year Three. It would mean the Dolphins cruised through the regular season into the postseason, sinking the lost 1st-Round draft pick into the 20s range. Life is good. Yet, that actually has to happen first — with a first-year head coach and the aforementioned Josh Allen as the reigning king in Miami’s division.

In support of Spielman’s theory, 1st-Round picks are basically a coinflip, a true 50/50 probability of drafting the right guy. Half the time, a player rises to prominence. Half the time, the man wasn’t worth the pick. Spielman can tell you all about it with Laquon Treadwell vs. Justin Jefferson, Xavier Rhodes vs. Mike Hughes, etc.

No matter what occurs, the draft picks mean something. Spielman just believes “nobody will care” if Tagovailoa is the next big thing. To a degree, he is correct, although Miami could’ve had it both ways — watch its young signal-caller blossom and become richer in the draft.

But their tampering failed — arguably twice.

How predictive maintenance is changing the face of food manufacturing

Will Dalvin Cook Get on Track Against the Bears?