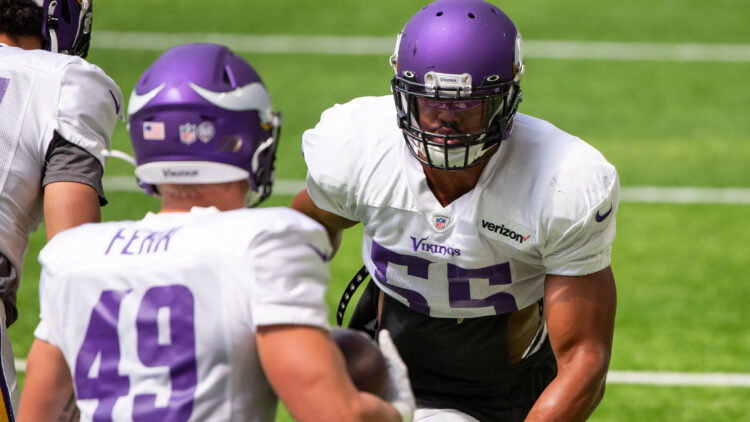 While some have speculated former Minnesota Vikings linebacker Anthony Barr may have been pondering retirement due to a knee malady, the chances of the eight-year NFL veteran signing with a team this summer have increased.

Darren Wolfson of KTSP told SKOR North this week, “[Barr has] been training as if he will be in some team’s training camp. I texted you many weeks ago saying keep an eye on the Dallas Cowboys. So I know the Cowboys certainly are interested in Anthony Barr. Washington has also kicked the tires, but right now, I would say keep an eye on the Dallas Cowboys.”

Barr has indeed been linked to the Cowboys for a few months as Vikings fans and NFL general managers have awaited a verdict on his health. Most folks believed Barr would land with a new team during the NFL’s free-agency bonanza in March, but he ultimately signed nowhere.

Drafted by Minnesota in 2014 at the dawn of the Mike Zimmer era, Barr played eight seasons for the Vikings, tallying four Pro Bowls from 2015 to 2018. His tenure in Minnesota — if he doesn’t return to the Vikings — perfectly aligned with Zimmer’s employment, joining in 2014 and evidently departing after the 2021 season.

Barr insinuated his Vikings days were over when the 2021 season ended, posting this to social media in January.

If Barr signed in Dallas, he would mesh with the Cowboys linebacking corps featuring Micah Parsons and Leighton Vander Esch. With the Commanders, he’d likely receive more playing time as their current linebacking corps is a little iffy.

Barr registered a 62.9 grade from Pro Football Focus and intercepted three passes in 2021. He showed a knack for game-changing plays and didn’t appear to be “on his way out” from a performance standpoint.

Barr was nominated for the Muhammad Ali Sports Humanitarian Award at the ESPYs this week, but the trophy went to MLB’s Albert Pujols.

Prediction for Vikings at Bears + 2021 Flashback