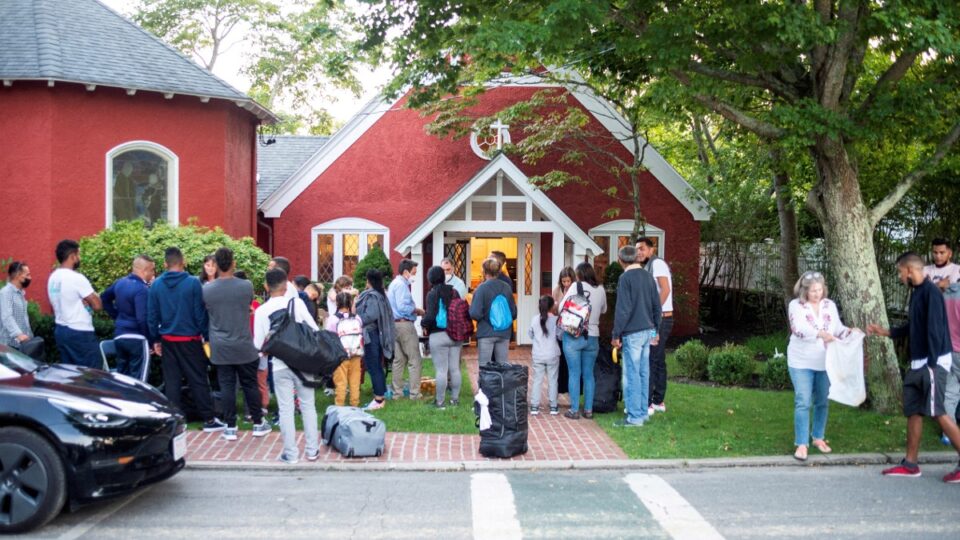 Rep. Scott Peters said Republicans should “focus on real solutions to our immigration crisis” instead of using asylum seekers for “useless stunts.”

Peters noted that over the past several months Texas Gov. Greg Abbott had bused 7,400 migrants to Washington, DC, and 11,000 to New York City, while Florida Gov. Ron DeSantis flew 49 Venezuelan asylum seekers from San Antonio to the small island of Martha’s Vineyard off the coast of Massachusetts.

“The victims of these political stunts are not here illegally,” said Peters, a Democrat who represents San Diego, Coronado and Poway, in a statement last week. “They are asylum seekers trying to navigate the legal immigration process.”

“Most won’t qualify for asylum and will ultimately be sent home. But right now, we have a backlog of approximately 1.3 million immigration cases awaiting a hearing,” he added.

Peters said the biggest need right now is for more immigration judges to decide cases in an expeditious manner.

“The $12 million Gov. Abbott wasted on political theater could have funded 100 new immigration judges to help speed the legal asylum process so people aren’t stuck in limbo,” Peters said. “The $12 million Gov. DeSantis set aside for his cruel stunts could have helped almost 30,000 asylum seekers make their way through the legal process so they can work here legally, which is something they want and we want, especially now in the midst of a labor shortage.”

Peters, who is seeking a sixth term in Congress, said that if Republican leadership wanted to fix the immigration system, “they would not be wasting tens of millions of taxpayer dollars on useless stunts and instead, they would work with their Democratic colleagues to develop concrete solutions.”

Tips for Finding a Good Immigration Lawyer for Your Case

Opinion: Midway Rising Redevelopment of Sports Arena Will Lift Up All San Diego