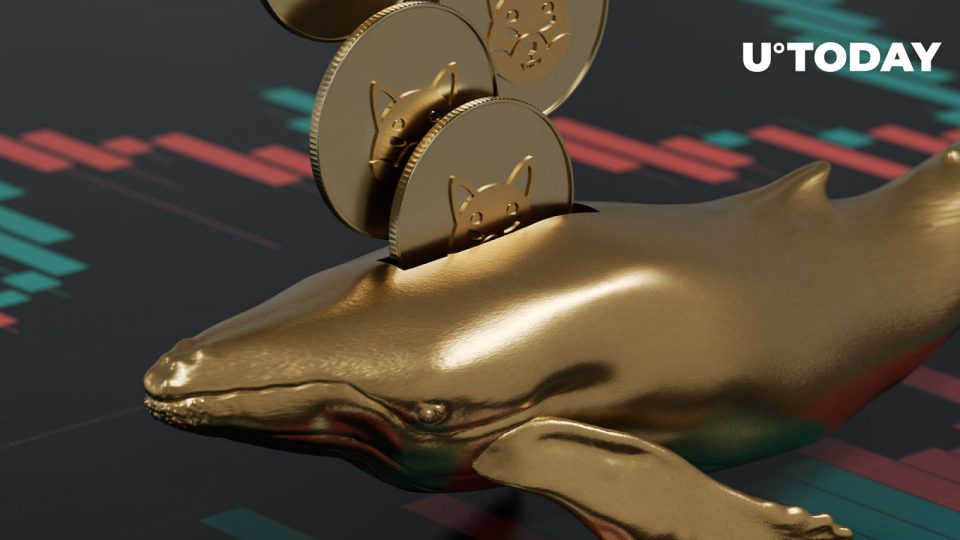 However, the recipient now holds 2 trillion SHIB tokens. In the meantime, SHIB has recovered its top positions as the biggest holding and the most-traded token.

Two trillion SHIB end up in this whale’s wallet

Etherscan shows that less than seven hours ago, one trillion SHIB were transferred between two anon wallets, which indicates either spreading one whale’s riches to various addresses or a purchase.

The wallet where the massive amount of meme crypto went now contains a mind-blowing 2,000,000,000,000 evaluated at nearly $22 million – a record amount of USD paid for SHIB recently.

The address from which the juicy lump of SHIB was sent is not standing empty either, as there are still 219,481,417,282 Shiba Inu contained in it.

SHIB is back as whales’ largest holding

As reported by U.Today recently, major Ethereum whales have sold the large portion of SHIB tokens they had been holding.

However, now, according to the data provided by WhaleStats, Shiba Inu is back in the position of the biggest USD holding and the most-traded digital token.

WhaleStats website shows that the top 100 Ethereum whales are now storing $132,953,632 worth of the second largest meme cryptocurrency.

IPR Limbo During the Arthrex Decisions

Vitalik Buterin Is Surprised by Behavior of Ethereum Miners