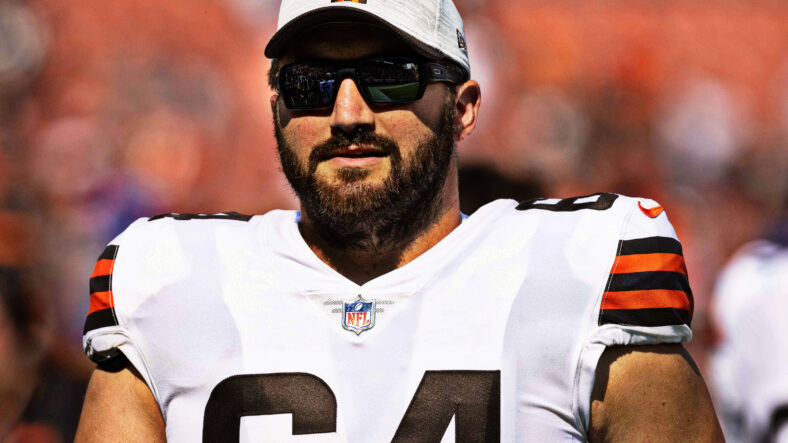 Minnesota Vikings training camp kicks off on July 24th, the opening salvo for a new season with a fresh general manager and head coach.

So far, the twosome of Kwesi Adofo-Mensah and Kevin O’Connell decided to replicate the 2021 roster for the most part while adding a handful of notable free agents and 10 new rookies in the NFL draft.

And with about $9 million left in practical cap space, Adofo-Mensah could make the roster even deeper if desired. In mid-July, the rumor mill suggests three popular free agents could join the Vikings — and these are those men ranked in order of usefulness.

Suh-to-Vikings became slightly realistic three weeks ago when USA Today’s Tyler Dragon mentioned the Vikings and Las Vegas Raiders as teams intrigued by the 35-year-old defensive tackle. Vikings fans had no idea at the time that Adofo-Mensah was courting Suh.

Well, he apparently was doing the diligence as the Suh-Vikings whispers resurfaced again on Tuesday, this time in a tweet from Dov Kleiman.

Minnesota onboarding Suh would be fine and dandy, but is it not a dire need. If Suh does not land in Minneapolis, the Vikings should be fine giving the starting job to Armon Watts, a fourth-year defensive tackle who pleasantly surprised fans in 2021 while Michael Pierce battled injury. The upcoming season should issue a clear verdict on Watts as a long-term starter — or a 2021 flash-in-the-pan.

On the other hand, Suh in Minnesota would advertise an embarrassment of riches via “big names” up front on the defensive line, featuring Danielle Hunter, Harrison Phillips, Dalvin Tomlinson, Ndamukong Suh, and Za’Darius Smith. That’s pretty titillating.

Some folks roll their eyes about the idea of a Rudolph reunion. Hell, the man has only been gone for a year.

Yet, reuniting with Rudolph doesn’t have to be about “signing back old players.” Minnesota — for some reason — has not prioritized TE2 this offseason. Amid the last few years, the Vikings have always had a robust one-two punch with Rudolph, Irv Smith Jr., or the upstart Tyler Conklin.

Well, O’Connell doesn’t have that TE2 on his roster now unless Johnny Mundt, Ben Ellefson, Zach Davison, or Nick Muse are silently plotting a sneaky takeover.

Because Rudolph knows the team — and can flat-out catch anything thrown at him with sticky hands — he’d upgrade the Vikings tight end room in a heartbeat. The team could also sign Eric Ebron. That’s fine, too.

The point is: TE2 should be deeper. Rudolph would fix it.

The sun rose today, and so existed Tretter-to-Vikings aspirations from fans.

Tretter was released by the Cleveland Browns four months ago, nobody knew why, and he’s still unsigned. Vikings center Garrett Bradbury owns the vehicle title for the struggle bus, so Minnesota adding Tretter would transform the current offensive line, especially the pass protection.

There are no maybes about Tretter’s performance. He’s a fantastic pass-protecting center. Bradbury does have a maybe surrounding his 2022 scouting report, as Vikings fans hope the new offense-first coaching staff can “unlock” the fourth-year lineman.

The Vikings pass protection has floundered since the days of Bryant McKinnie and Steve Hutchinson. Signing Tretter and trotting this fivesome out Week 1 versus the Packers is just too irresistible:

It’s daring to type on the record, but Minnesota’s offensive line could actually be good.

ADA, DOGE and SHIB Can Now Be Sent and Swapped at More Than 6,000 ATMs Through This Feature

How to Respond to an EPA or PADEP PFAS Information Request

Baker Mayfield Lands in the NFC