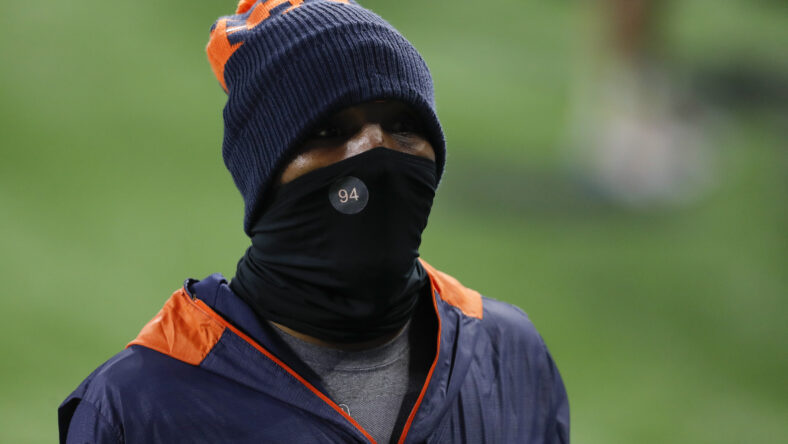 1 – Robert Quinn departed the NFC North — for the Philadelphia Eagles.

2 – There seems to be a credible link between WR Brandin Cooks and the Vikings.

4 – In the daily video segment, Josh Frey chats with Dustin Baker about the state of the Vikings through seven weeks.

The Vikings knocked off the Miami Dolphins in Week 6, 24-16, courtesy of a Minnesota defense that showed up with a ferocious pass rush, arguably for the first time in 2022. The Vikings offense, on the other hand, was incredibly dry for much of the 1st Half but found ways to create just enough big plays to win the game.

Wide receiver Justin Jefferson recorded 6 catches, 107 receiving yards, and no touchdowns in a game that felt pedestrian for the Vikings playmaker. But that’s just the norm now for Jefferson — 107 receiving yards is “no big deal.” Jefferson also procured a marvelous 2nd-Half reception of 47 yards that helped turn the tide in Week 6.

The Vikings are early 3.5-point home favorites against the Arizona Cardinals in Week 8, who won in Week 7 over the New Orleans Saints, 42-34. Minnesota first had a bye week, though, enough time to champion a 5-1 start while prepping for the underachieving Cardinals.

The Green Bay Packers also dropped a third game in a row, sinking Aaron Rodgers’ team to 3-4, with a bizarre 2.5-game deficit in the NFC North to Minnesota. The Vikings are the No. 2 seed in the NFC behind the Philadelphia Eagles and would host a home playoff game if the playoffs started today.

Ed Donatell’s defense continues to embrace the ultimate bend-don’t-break philosophy, curiously ranking 27th in yards allowed but 12th in points allowed. This might just be “the way it is” for the 2022 Vikings defense — spotty throughout most games but rising with victory in its grasp.

A 5-6 record the rest of the way would plop the Vikings in the postseason. Of course, winning the division is preferred, but subpar football the rest of the way, as a worst-case scenario, would net a playoff berth. That’s the perk of a 5-1 start.

The Cardinals will have DeAndre Hopkins back on the field when Minnesota hosts Arizona in Week 8. He was previously suspended before Week 7.

No Silver Linings for the Vikings on Sunday, The Stats Just Make it Worse…