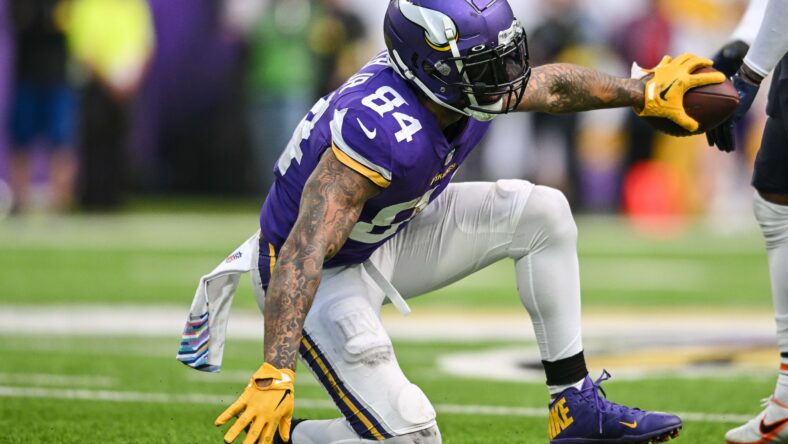 VikingsTerritory’s Purple Rumor Mill is a two-day chronicle each week. All the week’s rumors are lassoed and plopped in two spots — articles on Saturday and Sunday — for review. Today is the November 26th edition.

This one depends on one’s perception. Yes, several Vikings will depart via free agency — but that happens to every football team each offseason. The Vikings list of possible departures is actually relatively modest.

These men are likely gone:

And these players are possibly on their way to other teams;

This offseason should be considered one with low upheaval. Virtually no superstars will depart unless things get funky.

Thielen and Belichick barked at each other the last time Minnesota and New England played in 2018. It was quite contentious.

Then, after Thursday’s game, the two had an awkward embrace after the Vikings win, and it seems like Belichick indeed didn’t give a damn about Thielen’s handshake.

Rumor: Kirk Cousins isn’t very good in primetime, and it was, therefore, odd to see him play so well on Turkey Day.

This narrative has always been so weird. Teams led by Cousins are 11-18 (.379) in primetime games. That isn’t ideal.

But the media will lead you to believe Cousins is totally abysmal in primetime. It simply isn’t true. Here are the numbers:

So, here’s the deal — Cousins is better in non-primetime games, but he isn’t some imbecile at night. In 29 career primetime starts, he’s accountable for 53 touchdowns to 27 interceptions.

The Cousins-primetime talking point is proliferated to spark false outrage.