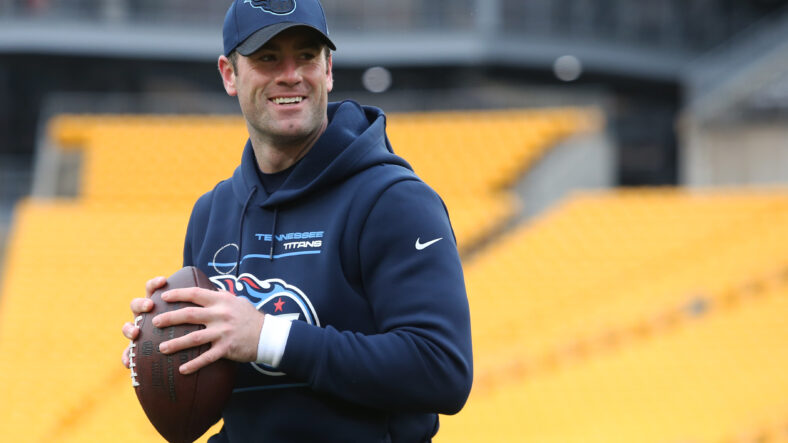 VikingsTerritory‘s Purple Rumor Mill is a two-day chronicle each week. All the week’s rumors are lassoed and plopped in two spots — articles on Saturday and Sunday — for review. Today is the August 6th edition.

Rumor: Kevin Hogan worked out for the team and could signal that Kellen Mond is no good.

Indeed, Hogan worked out for the team on Thursday, evidence the team wants a bit more depth. That should strike folks as odd because the Vikings released Nate Stanley in July. Therefore, the Hogan tryout — especially if the Vikings sign him — should be an indicator that the coaching staff isn’t thrilled with Kellen Mond and Sean Mannion.

Either that — or Nate Stanley was just terrible.

Mond hasn’t been overly sharp at training camp, but it is unclear if Hogan would do any better.

Rumor: The Vikings and Ndamukong Suh are worlds apart via money for a free-agent contract.

An accurate rumor here. The Vikings want Suh, but their pricetag doesn’t align with his demands.

This is understandable as Minnesota probably views Suh as a late-summer addition, typically more affordable than March or April. Conversely, Suh is about his money and still feels his earning power is still paramount.

Kwesi Adofo-Mensah has $8.7 million in cap space. Suh likely wants most of it. Adofo-Mensah isn’t keen on the whole piggy bank dwindling to zero.

We shall see if they meet in the middle. Otherwise, Suh will probably sign with the Cleveland Browns or Las Vegas Raiders.

Rumor: Chris Reed will end up as the Vikings starting center.

This idea arose at training camp for two reasons:

Looking back at free agency in March, if Reed ends up as the Vikings starting center, it will appear that his addition to the team was to play center, not right guard, all along.

Too, Reed has experience at LG, RG, and C. He could be the Vikings starting center before too long.

Book Review of The Appellate Prosecutor

The 4 Main Training Camp Battles to Watch for Vikings