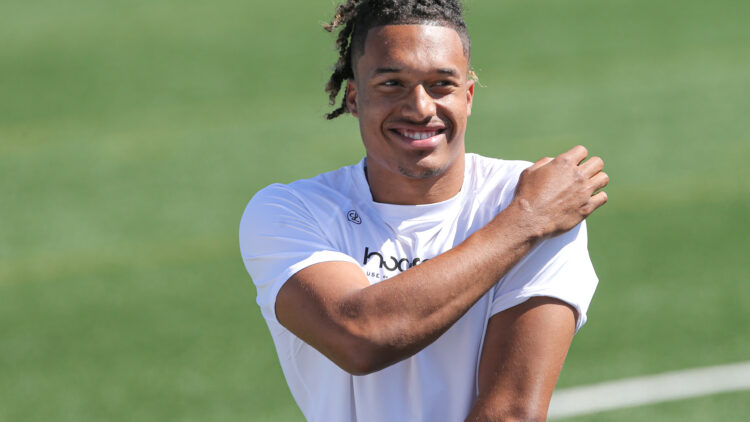 VikingsTerritory’s Purple Rumor Mill is a two-day chronicle each week. All the week’s rumors are lassoed and plopped in two spots — articles on Saturday and Sunday — for review. Today is the September 4th edition.

Rumor: Kellen Mond is on the Browns active roster, and Josh Rosen is not.

This is correct. Rosen was in camp this summer with the Browns, while Mond was obviously in Minnesota. But then the Vikings waived Mond, and Cleveland dropped Rosen.

Then, Kevin Stefanski and the Browns signed both men, plopping Mond as QB3 behind Jacoby Brissett and Joshua Dobbs. For now, Rosen lives on the practice squad.

This will all change in November when Deshaun Watson returns around Week 13. However, it seems Mond is the candidate for QB3 for at least a couple of months. Overall, yes, Mond is in a better roster spot than Rosen.

Rumor: The Vikings TE room is a depth chart weakness.

Compared to what Vikings fans have been used to since 2019, TE is indeed a weakness. Ordinarily, the Vikings have some combination of Kyle Rudolph and Irv Smith or Irv Smith and Tyler Conklin to tout on a roster heading into the regular season.

In 2022, with a new coaching staff, the “big two” are Smith and Johnny Mundt. As the Los Angeles Rams, Kevin O’Connell’s former employer, headed into the 2021 Super Bowl-winning season, they employed Tyler Higbee and Johnny Mundt as TE1 and TE2.

This is how O’Connell and Sean McVay prefer the TE room. And it seemed to work last year — to the tune of a championship.

Rumor: Kwesi Adofo-Mensah is basically out of cap space.

Yes, Minnesota has around $2.2 million in cap space as of September 3rd — or sixth-least in the NFL.

Every time Adofo-Mensah is asked about the cap, he says it’s a “challenge,” all but confirming he inherited an up-against-it situation in January. He’ll continue to navigate cap waters but probably cannot “get it the way he likes it” until 2023, 2024, or 2025.

The Vikings don’t have much money to add new folks on the depth chart, so this roster is likely “what you’re gonna get.” The last resort would be restructuring Eric Kendricks’ contract. But they probably would’ve done that by now.

Bitcoin May Collapse to $10,000 If This Happens