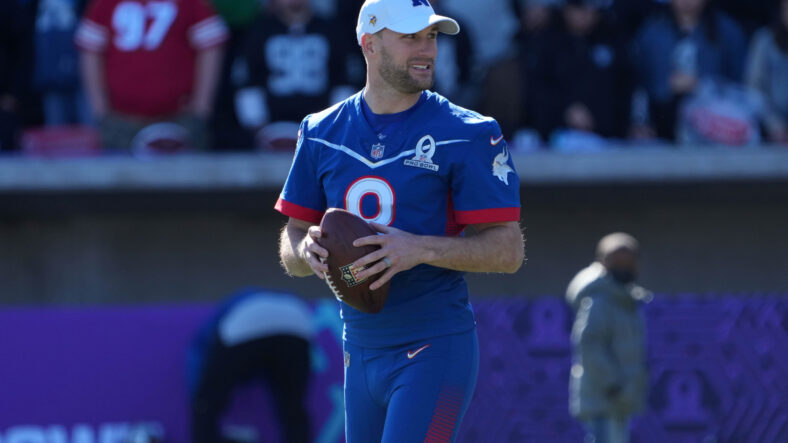 VikingsTerritory’s Purple Rumor Mill is a two-day chronicle each week. All the week’s rumors are lassoed and plopped in two spots — articles on Saturday and Sunday — for review. Today is the September 11th edition.

Like Mike Zimmer last year, 2022 is indeed a litmus test for Cousins. The Vikings cannot miss the postseason again and afford to enter 2023 with Cousins as QB1 in good faith.

Of course, there are varying vibes to a season, so a 9-8 but postseason-less campaign with a first-year head coach “trending the right way” could occur. Yet, Cousins taking the team to the playoff just once in five tries is not a good look.

Cousins is under contract through the end of next year, meaning he’s committed to the Vikings beyond this O’Connell maiden voyage. But if Minnesota doesn’t visit the postseason, we expect Kwesi Adofo-Mensah to draft a quarterback in April and conduct an expensive patchover with Cousins.

Starting today, 2022 is indeed a make-or-break gauntlet for the quarterback.

Rumor: The Vikings are in dire shape for the salary cap.

For now, yes, this one is correct. Minnesota has about $2 million in cap space — or the fifth-least in the NFL.

Next year, the slack loosens a bit as the Vikings are in “11th-worst” shape for 2023 salary-cap standing. However, a lot of money is tied up in Cousins and Danielle Hunter, and dispatching just one of them away from the roster would solve the problem.

Adofo-Mensah can’t sign anyone now via hefty asking price without restructuring the contracts of Eric Kendricks or Dalvin Cook.

Rumor: Wyatt Davis is on the New Orleans Saints active roster and could play.

Davis is the LG2 behind Andrus Peat in New Orleans. He could play today if Peat got hurt.

New Orleans loves Ohio State Buckeyes — they have seven on roster — so Davis is nestled on the Saints depth chart, just one spot away from playing time. He spent about a week on the New York Giants practice squad after he was released by the Vikings on August 30th.

He’ll always be a curious case for Vikings fans, selected with such high hopes — but floundering and lacking playing time.

Thankfully for the Vikings, Ed Ingram seems poised to soften any Davis-related “what could have been’s.”

4 Vikings Subplots to Watch in Week 1