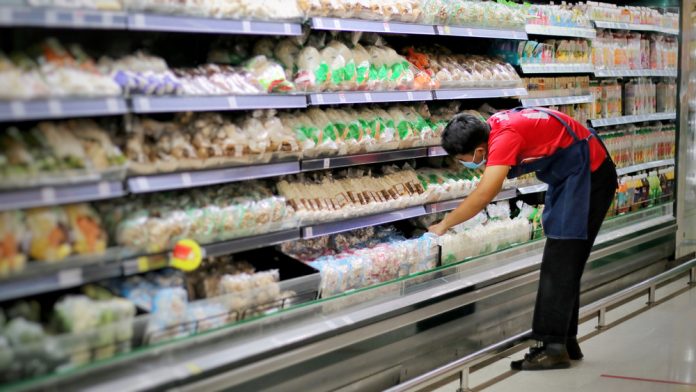 Approximately 105 retailers have written to police and crime commissioners in England and Wales, calling for more help with increasing violence and anti-social behaviour towards employees.

Reports of abuse towards shop staff have sky-rocketed since the onset of the Covid pandemic, with the British Retail Consortium (BRC) claiming there were 1,300 incidents every single day for the period April 2020 to March 2021.

In the letter, organised by the British Retail Consortium (BRC) which represents big chains, the leaders said the situation “cannot be allowed to get any worse”.

“We are increasingly concerned about reports of rising levels of violence, abuse, and anti-social behaviour which is partly linked to tackling shoplifting,” the letter states.

“Victims of abuse, threats and violence carry those experiences with them for life,” they added.

Earlier this year, an amendment to a new Police, Crime, Sentencing and Courts Act 2022 introduced tougher sentences for those convicted of violence and abuse against retail workers.

However signatories are now urging officials to commit to making retail crime a priority in their local policing plan and to monitor how new sentencing guidelines are used.

The letter also called on PCCs to work with businesses to look at how to make reporting simpler and to push local officers to investigate all reports of such incidents.

“Retailers are going above and beyond to keep their colleagues and customers safe, hiring in-store security teams, training staff on de-escalation, and investing in CCTV and body worn cameras,” Helen Dickinson OBE, BRC chief executive, said.

The union said the cost of living crisis was driving people to shoplift and called on the government to take “immediate steps” to help struggling households.

Paddy added: “The Government must provide the coordination needed to ensure that retail employers, police and the courts work together to make stores safe places for our members to work and for customers to shop.”

WHSmith sales soar ahead of pre-pandemic levels as travel recovers