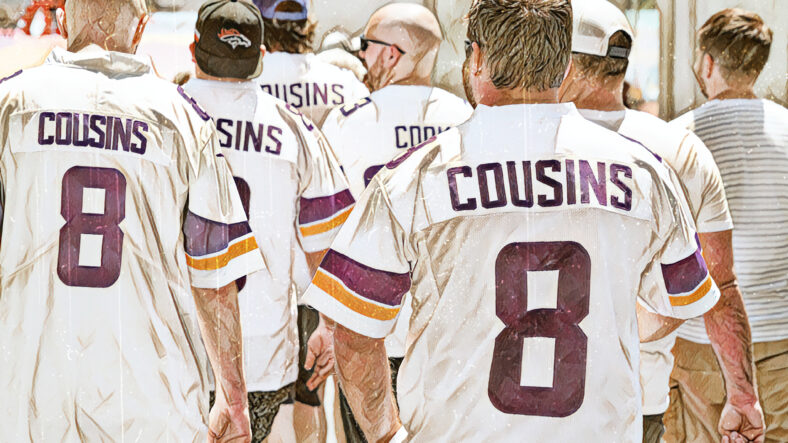 When you’re an NFL fan like myself, going to a preseason game provides some great experiences. Take, for example, watching key players develop and solidify their roles on the team. And you can also take away some extensive notes, like VIkingsTerritory editor Dustin Baker did here from Saturday’s Vikes game.

Now, you wonder, why I am writing about this? I had the opportunity to go to a preseason game last year. I was about to start my senior year of college at Ashland University (which shares the same color scheme as the Vikings), and we had a Sports Management Club group trip. Thus, AU students and professor Lance Kaltenbaugh ventured on Sunday, August 22, 2021, to see the Cleveland Browns play the New York Giants. It was Week Two of the Preseason that day. We got a brief tour of the stadium inside and experienced the Brown room, one of the suites inside FirstEnergy Stadium. The room also provided a great view of Lake Erie and refreshments. The Brown Room is air-conditioned too, and that came in handy considering temps were around 90 degrees that day.

Sure, it may have been only preseason, but from this fan’s perspective, it truly felt like the real thing.

But those in attendance have to be wary not to be provocative. This article by the New York Post details a recent incident between Jacksonville and Pittsburgh last Friday.

Of course, the preseason doesn’t show the entire roster. They only give previews of second and third-stringers on the team’s group.

Despite that, it can still be the real experience of an NFL game. From concessions to seeing some players develop, the preseason can provide some great experiences for the fans of the NFL.

It’s always fun to watch a game situation, even if it’s not in the whole grit and grind of regular season play.

So for the Minnesota Vikings fans, their preseason experience Saturday may have been disappointing for the loss. But, they get an opportunity to see how the situation develops and what players have proven to earn roster spots.

So would I go back to an NFL preseason game if I ever get the chance? Absolutely. Whether for the Vikings or my hometown Browns, it’s always a great opportunity to watch some fun football. I don’t get much chance to go to games these days, but I make the most of them when I can.