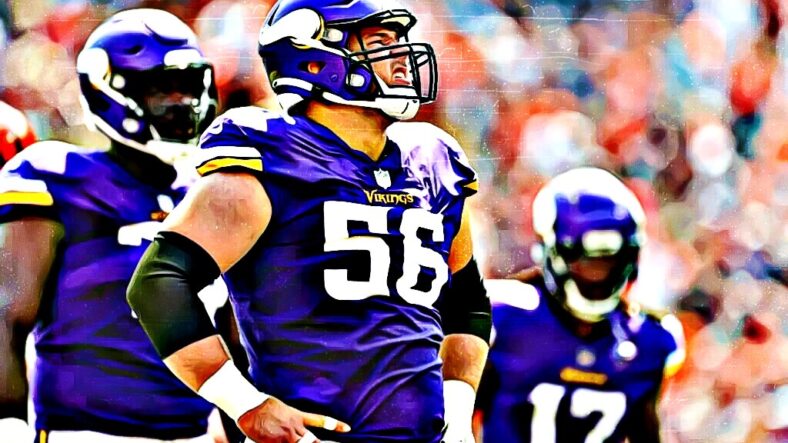 Teams had 80 players on their roster and went down to 53 on Tuesday. That’s 837 players released from 31 teams.

The Vikings have some problems on their roster, as some positions lack depth. Every team obviously tries to monitor every move in the league on every position, but the purple team should especially look at the following positions:

The Vikings have to star edge rushers — Za’Darius Smith and Danielle Hunter — neither appeared in the preseason. Behind them, the team has two backup-level players — D.J Wonnum and Patrick Jones. The third and second-year players showed some promise in recent years, but they don’t have the quality to start. If one of Hunter and Smith went down, the Vikings would have a problem. As backups and rotational players, however, they are fine.

The problem is, none of the three showed enough to deserve a roster spot. Four EDGE rushers could be a too shallow group. The Vikings should look to add another quality backup, possibly a veteran to occupy the third spot or a developmental player that deserves the fifth spot behind Jones and Wonnum.

Like the edge rushing group, the Vikings are set with two outstanding starters — Eric Kendricks and Jordan Hicks. Brian Asamoah is the third one. The rookie showed impressive explosiveness in the preseason. His problem is that he’s still a liability because he reads plays wrong, but he’ll soon be a great backup.

More of a problem is the remaining fourth spot. Teams usually carry four inside linebackers. The Vikings have two main competitors — Troy Dye and Blake Lynch. Lynch clearly outplayed Dye in the preseason, but for some reason, the coaching staff seems to prefer Dye. No matter which one they will choose, it’s not a great depth player.

The two other LBs on the roster are Chazz Surratt, a 2021 3rd rounder, and William Kwenkeu. The undrafted rookie has done enough as a tryout player in the team’s rookie minicamp to get a spot in the preseason. Both could be interesting practice squad candidates but shouldn’t make the 53-man roster.

The Vikings should try to add either a third linebacker who can step in if something happens to Hicks or Kendricks or the fourth linebacker behind Asamoah who can replace Dye and Lynch.

Whenever players are available, the Vikings should be looking to get a new center. They haven’t done that in the draft and in free agency. Bradbury is a liability in the passing game and should receive some competition. Schlottmann and Reed are solid players but not a real upgrade. Reed isn’t even a center.

If a team cuts a center or makes someone available for a trade, the Vikings should do anything in their power to bring him in.

The Vikings have a solid cornerback room with outside CBs Dantzler, Peterson, Booth, and Evans. The fifth one could be Kris Boyd if he makes the roster. In the slot, however, the Vikings have Chandon Sullivan as a starter and underwhelming backups. Hairston and Nickerson didn’t show a lot in the preseason. What speaks for Hairston is his familiarity with the Ed Donatell scheme.

If the Vikings want to keep a sixth cornerback, he should be able to play inside. The Jets cut Javelin Guidry on Tuesday morning. He would fit that description.

Sickening over 100 customers with E. coli appears to have not cost Wendy’s anything – Yet

Explained: How Vikings Fans Might Have Misunderstood the Chris Reed Signing