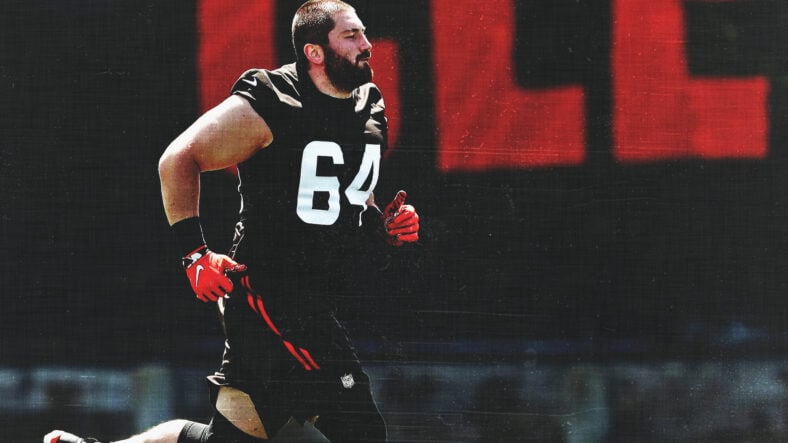 If JC Tretter doesn’t ultimately sign with the Minnesota Vikings, fans of the franchise will eternally look back on the spring and summer with “what could have been” feelings.

Why? Well, Tretter has been a free agent since March after the Cleveland Browns shockingly released the 31-year-old center. And because the Vikings arguably need a new center, Tretter’s name has been desired by Vikings enthusiasts for three long months.

With the Vikings team need and Tretter’s possible need for employment, Tretter-to-Vikings has been advocated and theorized by national media (and local media) since March. Too, the Vikings new general manager, Kwesi Adofo-Mensah, last worked in Cleveland, presumably having ties to Tretter.

This week, Bleacher Report banged the drum again on Tretter and a possible union with Minnesota. Alex Kay from BR authored an article about landing spots for the league’s top summer free agents, and Tretter was spitballed to the Vikings.

Kay wrote, “New Vikings general manager Kwesi Adofo-Mensah knows what Tretter can bring to the table after he spent the past two seasons as Cleveland’s VP of football operations. With $9.7 million in cap space available to him, one of the best moves Adofo-Mensah could make before training camp would be shoring up the center position by signing Tretter to replace Bradbury.”

Signing on with the Vikings would be a marvelous maneuver for the frachise as Tretter’s resume from Pro Football Focus is wildly impressive:

Specifically, pass blocking is Tretter’s modus operandi. He has not encountered a PFF pass-blocking grade south of 80.0 since 2015. For Vikings fans, that should sound like a monumental upgrade from Garrett Bradbury, who is tentatively scheduled to start again in 2022.

A Tretter addition to the Vikings depth chart is so championed by Vikings fans because pass protection in Minnesota during the Mike Zimmer era was awful. These are the numbers from PFF:

Therefore, until Tretter signs somewhere or retires, he will continue to be linked to Minnesota.

Tretter earned about $11 million per year in Cleveland, a deal signed in 2019.

Vikings to Pour Some Gravy on Turkey Day

Is Kirk Cousins Comfortable in the Kevin O’Connell Offense?

The Vikings Top Defensive Performers at Commanders, per PFF

It May Be Time to Unleash Dalvin Cook