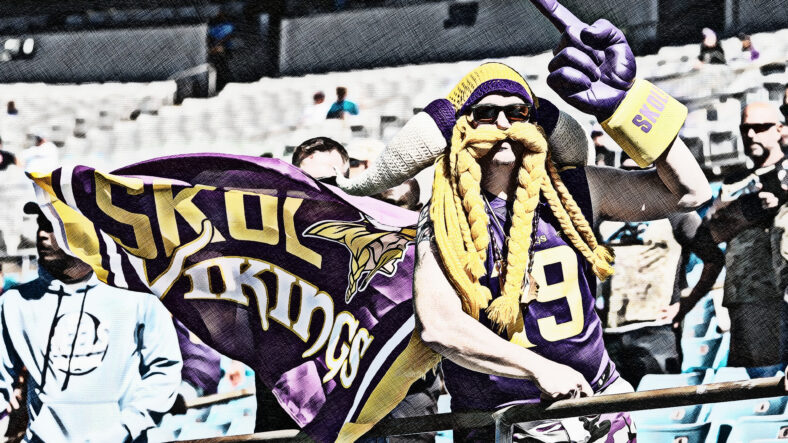 Minnesota Vikings fans are a depressed people for two reasons:

Plain and simple — these are the primary reasons onlookers of the Vikings are cynical, constantly expecting the worst-case scenario. Ten times in a row, the Vikings have disappointed fans on a grand stage, often in a crippling emotional manner.

This week, a popular factoid is circulating about the team, inferring Minnesota is the only championship-less NFL franchise in existence for 60+ years. Here’s the tweet.

The NFL body politic knows — emphatically — the franchise has never won a Super Bowl. In fact, of the Top 16 teams via win percentage since 1966, the dawn of the Super Bowl era, the Vikings are the only team that hasn’t won a Super Bowl.

They’re the fifth-best organization per wins and losses — but no ring hardware to show for it. It’s embarrassing.

But the CBS Sports tweet is false. For some reason, through implication, it is acknowledging “championships” of the non-Super Bowl variety for the Bills, Cardinals, Lions, and Titans/Oilers. But when it comes to the Vikings, who won an NFL Championship in 1969, CBS Sports created a standalone and fallacious category. It claims the Vikings have never won a championship while consenting with the word “only” that the Bills, Cardinals, Lions, and Titans/Oilers have.

If the Bills, Cardinals, Lions, and Titans/Oilers — all teams without Super Bowl victories — are coined championship winners, then the Vikings, too, won an NFL Championship in 1969.

The AFL and NFL didn’t merge until 1970, so before that, all championships for each league were respective. And accordingly to CBS Sports‘ logic, the championships were meaningful for everybody else — except the Vikings.

Of course, Minnesota winning the 1969 NFL Championship is a lousy consolation prize for four Super Bowl losses. No reasonable Vikings fan claims the 1969 prize as a source of supremacy or credibility.

Yet, to debunk a dumb tweet, the Vikings indeed won a championship, especially if the Bills, Cardinals, Lions, and Titans/Oilers are owners of a championship.

If the Bills, Cardinals, Lions, and Titans/Oilers won a championship before the AFL-NFL merger, so did the Vikings.

Perhaps the 2022 Vikings can win a Super Bowl and make the topic moot.

The Nationals Folks Picking the Vikings over Bills

The Ndamukong Suh to Vikings Theories Are Real

3 Vikings You Gotta Watch at DET

‘Madden’ Low on Vikings as an Overall Team