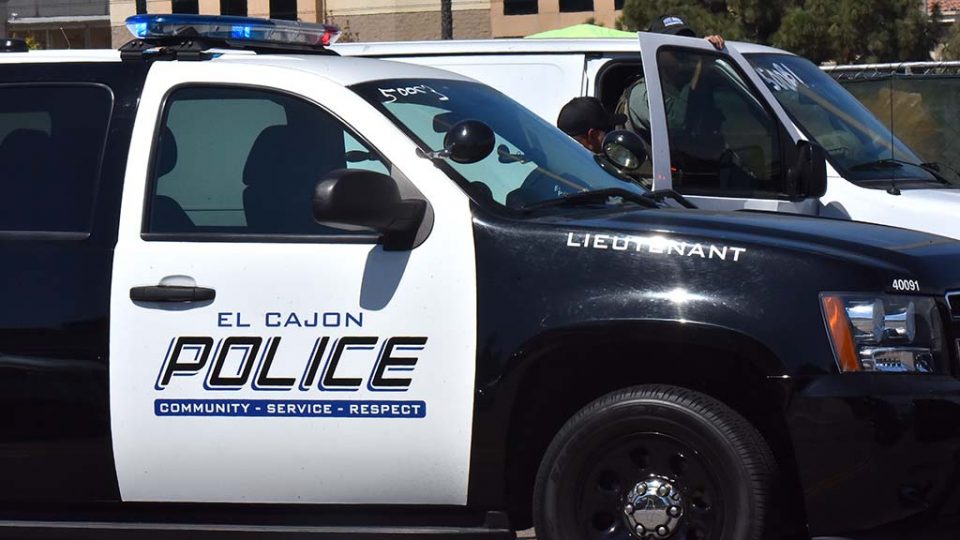 A probationer was arrested on suspicion of assault Wednesday after allegedly ramming a police car with his vehicle during a traffic stop in El Cajon, authorities said.

Officers pulled over 33-year-old Ruben Faris Quintana for a traffic violation after seeing him leave a room at a motel in the 400 block of West Main Street shortly before 10:30 a.m., according to the El Cajon Police Department.

Quintana, who was on probation for a prior assault conviction, steered into a parking lot at a nearby gas station and stopped his car momentarily, ECPD Lt. Keith MacArthur said.

“As the officers pulled in behind him, Quintana put his vehicle in reverse and hit the patrol car as they were attempting to get out of it,” the lieutenant alleged.

The officers arrested Quintana on suspicion of assault with a deadly weapon on police personnel and violation of terms of his probation.

No injuries were reported.