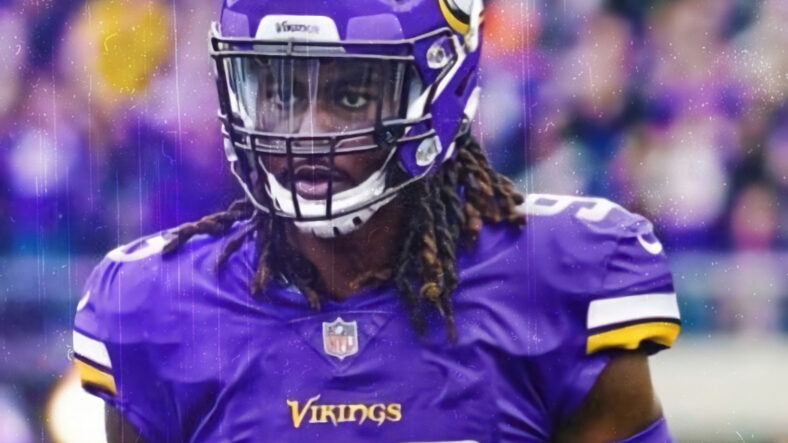 The 2022 Minnesota Vikings will employ two conspicuous names at the top of the EDGE rusher depth chart — Danielle Hunter and Za’Darius Smith.

Together, but on different teams, Hunter and Smith have missed 64% of football games in the last two seasons due to injury. So, Minnesota is banking on a return to health from both men, creating some top-heaviness to the Vikings pass-rushing plan.

In their purest and healthiest form, Hunter and Smith should generate more than enough pocket pressure for opposing quarterbacks. But after the fearsome duo, the Vikings have no clear-cut “third pass rusher” to take over in reserve. And that’s what training camp — which starts in two weeks — and the preseason are for, to establish personnel assignments and depth chart positioning.

Because the Vikings will search for the “third guy” to rush the passer on the edges of the defensive line, second-year defender Patrick Jones II has a prime opportunity to emerge. These are the EDGE rushers on the Vikings current depth chart as the team switches to a 3-4 defense for the second time in franchise history:

If you see an obvious choice for the third-in-line pass rusher, let us know. Otherwise, pass-rushing depth is essentially up for grabs. Wonnum is probably the frontrunner because of comparative playing time in 2020 and 2021, but with a brand new coaching staff, all bets are off.

McCloud is an undrafted free agent who will fight just to make the 53-man roster. Mintze is an intriguing late-spring free-agent acquisition from Donatell’s old employer, the Broncos. Robinson is a 4th-Rounder from the 2021 NFL Draft who didn’t see much action on the field as a rookie. Vilain is everyone’s favorite rookie “breakout” choice, chiefly because his name is spectacular. And then Wonnum likely leads the pack to actually receive 2022 defensive snaps.

Yet, with Jones II, his draft stock mandates a look. The University of Pittsburgh alumnus played 99 defensive snaps as a rookie, equating to about 8% of all defensive snaps. His 43.0 grade from Pro Football Focus was underwhelming, but the sample size was small. Jones II logged seven tackles in 2021 — and that’s about it.

Ergo, he isn’t a Camryn Bynum type who thrived when given a chance. Instead, he’s a pass rusher from the 3rd Round potentially on the cusp of an opportunity due to current roster construction. The chances of Hunter and Smith missing time again in 2022 are real. If Jones II was a 7th-Rounder from a recent draft, there would be no expectation for the 23-year-old to emerge.

The 3rd Round is where Trey Hendrickson, Justin Houston, Danielle Hunter, Leonard Little, Jason Taylor, Joey Porter, Justin Tuck, and others were found. It’s a fragile spot where players can blossom or descend into irrelevance.

Jones II has an opening to seize the day. All he must do is beat out Wonnum, Robinson, Mintze, Vilian, and McCloud. Most NFL fans don’t know those players. Hell, they don’t know Jones II.

As a 3rd Rounder, though, with no significant hurdle in his purview, the time is now for Jones II.