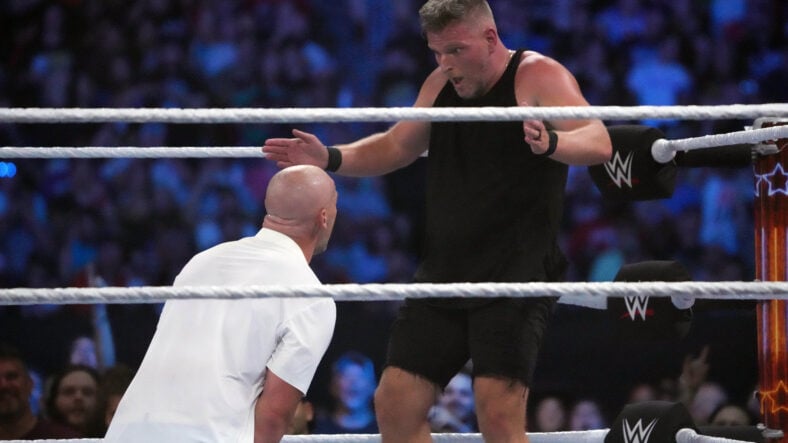 Minnesota Vikings enthusiasts went from anxiety about a new punter’s ability in “holding snaps for kicks” to declaring him the “new Punt God” in a matter of hours.

And then Pat McAfee piled on — in a good way.

McAfee, a former NFL punter whose YouTube show The Pat McAfee Show has caught on like wildfire in recent years, called the Vikings rookie punter Ryan Wright a “stallion” on Saturday night.

The Vikings released Jordan Berry on August 25th after a one-year stint with the team. Berry was good-not-great in 2021, causing most Vikings brains to believe he’d win the job over a relatively unknown Wright.

But that was false.

Instead, Wright vindicated the Vikings decision to choose youth, banging four punts for 225 yards and a blistering 56.3 per-punt average in Denver’s thin air to finish the preseason.

He also casually booted a 71-yarder, although it entered the endzone for a touchback.

And to cap the evening, he successfully held a field goal for Greg Joseph, who connected from 58 yards out.

So it seems The Stallion is up for the job — and the Vikings coaching staff and front office know what they’re doing, despite fans’ “can he hold kicks?” reservations.

Wright is also mammoth. He’s 6’3″ and 245 pounds. In 2021 at Tulane, Wright boomed 51 punts for an average of 47.5 yards per kick. Wright recently told Chris Tomasson from the Pioneer Press about his skillet, “I’m a pretty athletic dude. I can do anything with a ball pretty much.”

His height and weight are nearly identical to Tennessee Titans running back Derrick Henry.

Up to $2,000 Available for San Diego County Residents Struggling to Pay Water Bills

Justin Jefferson Has Made His Case. For Now.