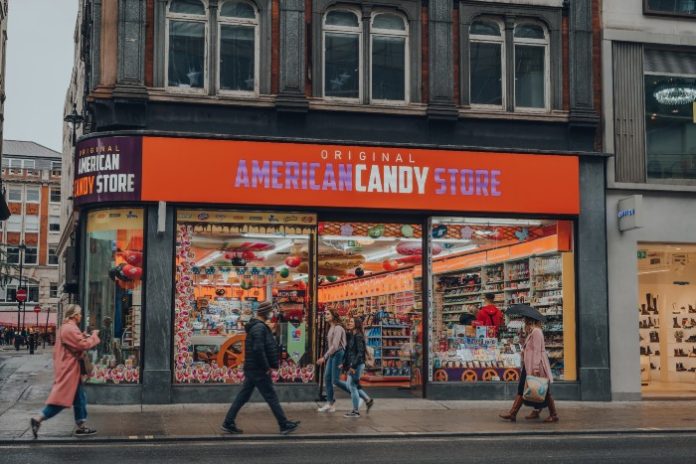 More than £474,000 of counterfeit and illegal products have been seized from 30 US-themed sweet shops on the world famous street over the last six months.

The council said that trying to tax the shops was like riding a “merry-go-round” as companies pop-up then disappear from Oxford Street.

READ MORE: Over £100,000 worth of counterfeit items seized from American candy shops

One of the council’s chief officers said they were “a problem”.

“To be honest they will never be able to pay business rates,” Westminster City Council revenue director, Martin Hinckley said.

Speaking to the Local Democracy Reporting Service (LDRS), Hinckley said: “It’s a bit of a merry-go-round. If Oxford Street eventually recovers this will disappear, until then we are likely to have a problem.”

The council is able to send bailiffs into stores to try and seize items to make some of the money back.

However, considering that the shops sell sweets – many of which do not meet trading standards – the council is unable to find enough that can be resold.

LDRS said: “The aim is to move landlords away from housing US-themed sweet shops and instead bring back ‘higher-quality shops to central London’.”

From Rugs to Riches: Tapi – how the Harris carpet dynasty rolls on