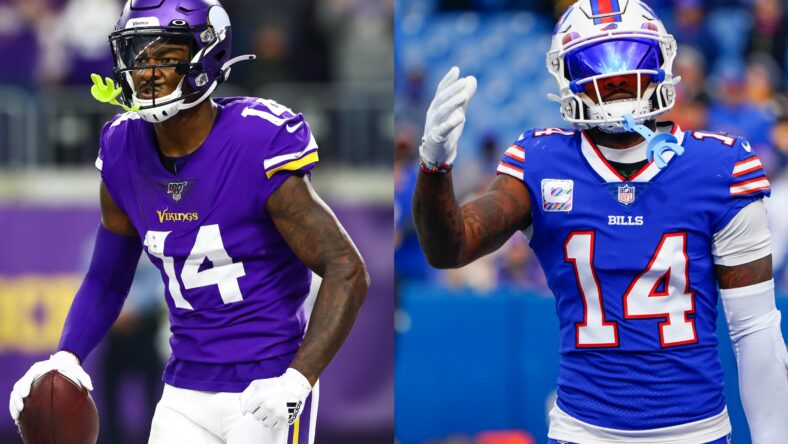 The VikingsTerritory collective staff prediction for the Minnesota Vikings date with the Buffalo Bills is ready — and it accounts for either scenario involving Josh Allen or Case Keenum.

The Bills are 6-2 through eight weeks, trying to keep pace with the Kansas City Chiefs for homefield advantage in the postseason. The mystery shrouding Josh Allen’s availability — he’s got a bad elbow — has dominated the Bills-Vikings storylines.

The writers at VikingsTerritory predict the Vikings will win their eighth game of 2022 if Case Keenum plays but a loss if Allen starts.

Most of our contributors expect the Bills QB1 to solely determine a Vikings win or loss.

Here’s how the panel sees the score for Week 10:
With Josh Allen in the lineup

Here’s how the panel sees the score for Week 10:
With Case Keenum in the lineup

Here are the season standings for our writers’ predictions:

The Vikings are currently 3.5-point underdogs to defeat the Bills in Week 10. Minnesota last won a game in Buffalo in 1997.

Refresher: The Vikings 2021 Offense by the Numbers

The Folks Picking the Commanders over Vikings