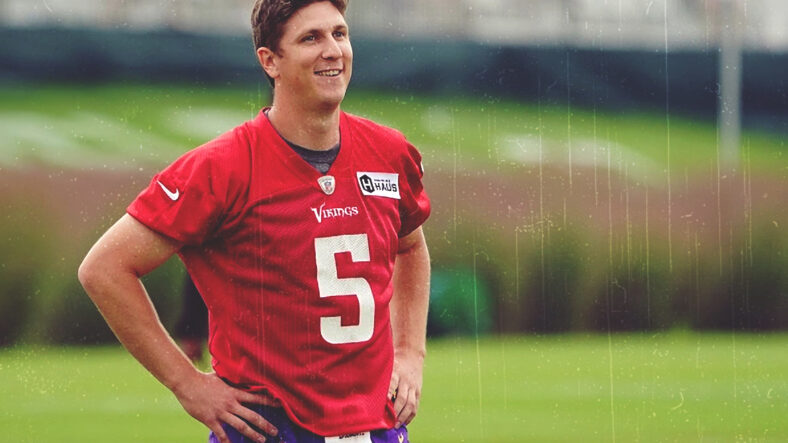 Kyle Sloter was the quarterback monitored most by Minnesota Vikings fans during the USFL season, but a different former Viking reached the league’s championship. Sloter’s New Orleans Breakers fell short in the semifinal round.

Case Cookus and the Philadelphia Stars did break through to the USFL title game, though, losing to the Birmingham Stallions on Sunday, 33-30. And unfortunately for the Stars, the Cookus broke his leg down the stretch of the contest.

Cookus’ Stars rallied to take a 23-20 lead over Birmingham in the middle of the 4th Quarter. Soon after, Cookus was sacked by the Stallions Dondrea Tillman, twisted his leg awkwardly, and was carted off the field. It was later revelated that Cookus broke his fibula.

Cookus received an endearing ovation as he left the field.

The Vikings signed Cookus last summer when nearly all Minnesota quarterbacks were quarantined because of the coronavirus. Ex-Viking Jake Browning was the last man standing in the QB room, and Rick Spielman signed Cookus for short-term depth.

Cookus was on the Vikings roster for three days before his release.

After that, Cookus wound up with the Las Vegas Raiders for six days in the same month as his brief Vikings career. Then in October, Cookus latched on to the CFL’s Edmonton Elks, where he lasted for five days.

So, the USFL experiment was a big deal for Cookus. He thrived and will get an audition somewhere, whether it be the USFL or NFL, next year.

Cookus will turn 27 in October. He ranked second in the USFL in touchdown passes.

One line not filled in properly, and NOT needed anyway, stops defendant from winning motion to dismiss a case.