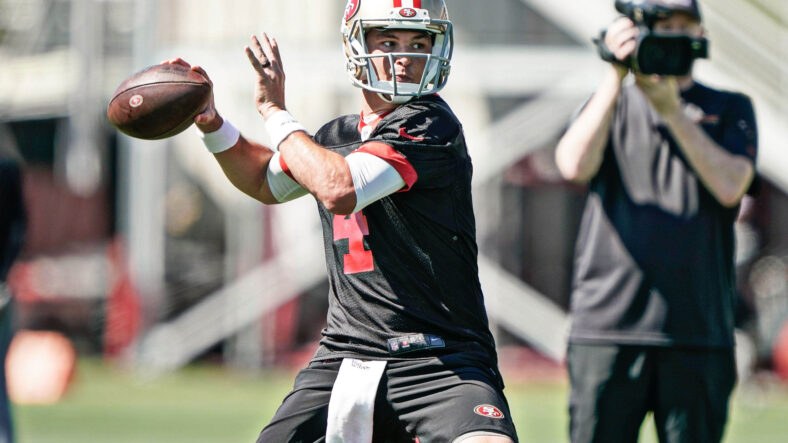 Mullens arrived to the Vikings after a trade by general manager Kwesi Adofo-Mensah with the Las Vegas Raiders. Adofo-Mensah sent a conditional 7th-Round pick from the 2024 NFL Draft to the Raiders for Mullens, adding competition to Minnesota’s evolving QB2 battle.

For all of the summer, the Vikings hosted an open duel between second-year passer Kellen Mond and eight-year veteran Sean Mannion at QB2. Mond showed flashes of promise in the first preseason game against Mullen’s old team, the Raiders. However, the Texas A&M alumnus followed the Las Vegas outing with a dud at home versus the San Francisco 49ers.

The dud sprung the Vikings front office into action.

Mannion, on the other hand, has been a part of the Vikings since 2019, serving as Kirk Cousins’ backup but not seeing much activity on the field. And when Minnesota did call his number in two regular season games, Mannion looked more like a QB3 or QB4.

The 27-year-old brings four years of NFL experience to the Vikings, plus 17 starts. Mullens spoke to reporters Tuesday:

Mullens has also fired up a 243.1 passing-yards-per-game average in his young career, a blistering raw total for a backup quarterback. His 26-TD to 22-INT split is underwhelming, but even that ratio is an instant upgrade to the prognoses of Mond or Mannion.

He’s also responsible for wild statistics like this, although this metric shouldn’t be considered a Holy Grail of stardom:

Vikings brass insists Mullens is the house merely to enhance the QB2 tournament, but most ardent Vikings fans know he’s a shoo-in to win the job — and lock it down with ease for the first time by a QB2 since Case Keenum in 2017.

And, as of Tuesday, Mullens is formally on his way to completing the task.

Vikings Fans Could Be Cheering for the Packers in 1 Week