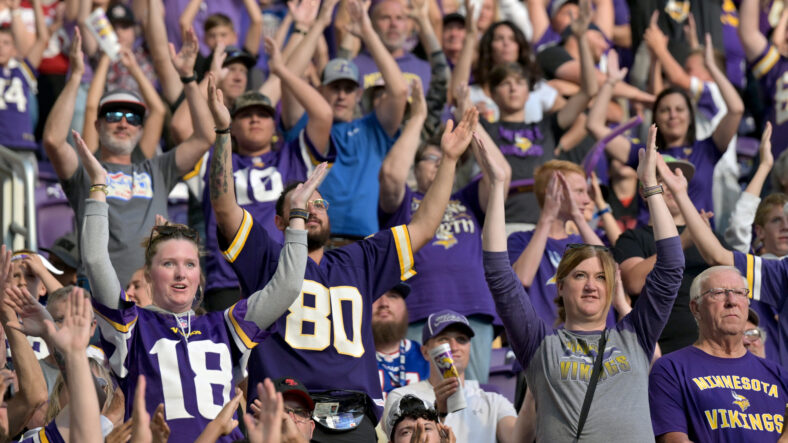 A new era. Fresh start. Youth infusion. Getting with the times. Young, offensive-minded.

Those are phrases associated with the 2022 Minnesota Vikings, especially by fans who view the team as heading in an optimistic direction. But the positivity surrounding the Vikings with less than two weeks before the regular season isn’t broadly accepted.

Put simply, national NFL experts don’t think Minnesota will be very good. Plain and simple. The perception is more of the same, mainly because quarterback Kirk Cousins is attached to the roster, and the depth chart was not torched when new leadership arrived in Minneapolis.

Glance at these NFL power rankings in August. This is where the Vikings stand.

The consensus from those 10 websites is the 19th-best team in football.

Aside from Yahoo, the rankings are embarrassing for a team professing playoff contendership. Of course, these are “only power rankings” created as a thermometer to measure public opinion. Still, what Vikings fans believe is a robust roster peppered with stars on offense and defense is vastly different from the national viewpoint.

Perhaps Josh Strock from NBC Sports most accurately described “the why” for Minnesota’s lackluster placement, “Minnesota has slowly climbed these rankings from the offseason until now. I can’t trust Kirk Cousins to win the big games, but he can put up some good numbers en route to a primetime playoff loss.”

And this is a familiar argument aimed at Cousins and hence the underwhelming opinion of the 2022 Vikings. Cousins is one of the few NFL quarterbacks narrowly adjudicated for his personal “win-loss record.” Through ten seasons, Cousins’ “quarterback record” is 59-59-2. This symbol of mediocrity is used to skewer Cousins’ reputation. Yet, examine Matthew Stafford’s “quarterback record” before he joined the Los Angeles Rams. The Detroit Lions were 74-90-1 (.451) with Stafford at the helm. Meanwhile, Stafford was emphatically not called a loser, and folks instead heaped unadulterated sympathy on him, chastising the Lions as a “poverty franchise,” which was to blame. No such nuance is afforded to Cousins.

So, it’s simple, apparently. Cousins must effectuate a Staffordian path with Stafford’s 2021 offensive coordinator, Kevin O’Connell, in charge of the Vikings. If he mimics Stafford’s breakout, the Vikings won’t live in the basement for people’s power rankings.

Insurers not liable for shareholder claim for listeria outbreak (US)

Kyle Rudolph’s 2022 Choice Could Boil Down to 2 Teams