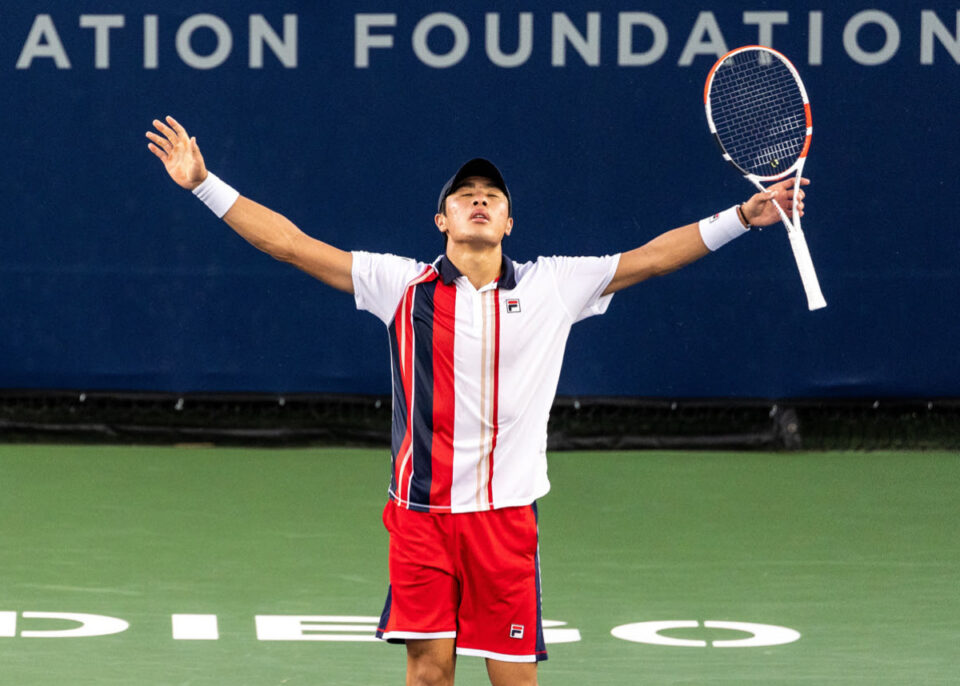 Brandon Nakashima honed his game in and around San Diego, including the courts at Barnes Tennis Center. On Sunday, he added another memory – he won his first tour-level title there.

Nakashima, 21, capped a strong summer with a 6-4, 6-4 win over fellow Californian Marcos Giron at the San Diego Open ATP 250. The fifth seed also will step up to a new career-high, No. 48, in the Pepperstone ATP Rankings thanks to the victory.

He called it “a super special moment” to do so where he grew up.

“There’s no other feeling like it. It’s something that you really never dream of, to do it in my hometown with all my friends and family …” the former ACC Freshman of the Year at the University of Virginia said.

Before his summer breakthrough to the Round of 16 at Wimbledon, his best showings had been appearances in back-to-back finals in Los Cabos and Atlanta two years ago.

The former UCLA standout Giron, the 2014 NCAA singles champion, was appearing in his first ATP final. At 29, the Thousand Oaks native was hoping to become the oldest first-time tour title winner of 2022.

Nakashima would collect six of his eight aces in the dominant 34-minute opening set alone. He saved three of the four break points he faced, all of which came in the second set.

“I wasn’t really trying to go for aces. I was just trying to go for placement,” he said. “For me, power on my serve isn’t too important, but the precision and accuracy are. I think I did that pretty well this week.”

“Nate and I teamed up a little bit last year and kind of rolled into this year,” said Withrow as the pair made their first appearance in an ATP Tour doubles final. “We’re looking for this to be a steady partnership that can continue to grow and continue to get better. I think we’re kind of on the right path.”

Lammons/Withrow improved to 13-19 at the tour level. Previously, their best results were semifinals in Montpellier and Marseille in 2021.

Another major tournament, a women’s event, comes to the Barnes center near Ocean Beach next month – the San Diego Open WTA 500 is set to begin Oct. 8.

Opinon: Antitrust Laws Aimed at Big Tech Will Hurt Small Businesses the Most