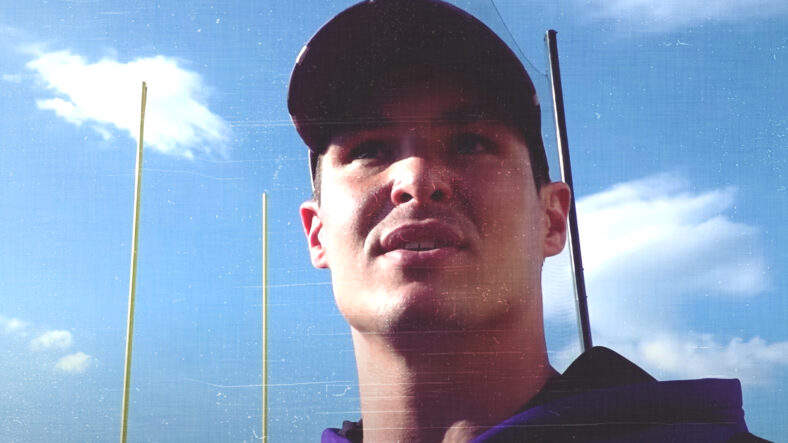 VikingsTerritory‘s Purple Rumor Mill is a two-day chronicle each week. All the week’s rumors are lassoed and plopped in two spots — articles on Saturday and Sunday — for review. Today is the August 28th edition.

Without lifting a preseason finger, yes, Mullens is on track to be the Vikings QB2 in 2022. The process is an indictment on the Kellen Mond + Sean Mannion battle in the summer.

The Vikings — and the general population — already know Mullens is a productive QB2, evidenced by his career 243.1 passing yards per game. His resume alone asserts he’s a better backup quarterback than Mond or Mannion.

Minnesota’s coaching staff said the politically-correct jargon about the battle as “open” when Mullens joined the team. But the competition ended when the Raiders said yes to the trade.

Rumor: The Vikings will keep five running backs on the regular season roster.

This is a popular theory among Vikings-themed analysts.

While it could very well come true, we predict the team retains four RBs and FBs — with C.J. Ham as the odd man out. The 2021 Los Angeles Rams didn’t use a fullback, and that team didn’t fare too poorly.

Ham as roster casualty isn’t a guarantee, but it won’t surprise us one iota.

Spielman said so this week.

The newsworthy item here isn’t necessarily that he laments pulling the trigger on Carlson’s dismissal. That’s a rather obvious retroactive regret. However, former Vikings head coach Mike Zimmer was usually blamed for kicking Carlson out, and Spielman seems to own the decision himself.

Perhaps it was a joint decision, but Spielman certainly doesn’t blame Zimmer in the video.

Of course, cutting Carlson seems dumb four years later. But every person associated with Vikings fandom called for his departure after Week 2 of the 2018 season. And don’t pretend otherwise.

Is Kirk Cousins Comfortable in the Kevin O’Connell Offense?