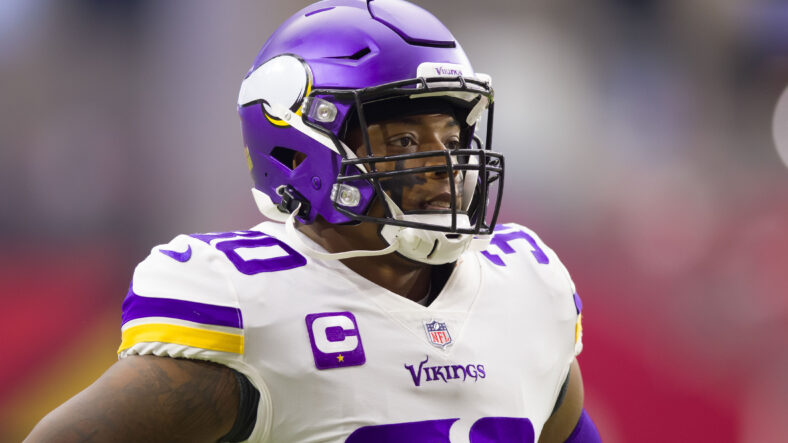 The lack of fullbacks in Sean McVay and O’Connell’s offense led some onlookers of the Vikings to paranoia about the future of C.J. Ham, who’s played the position for Minnesota since 2017. But any folks worried about Ham in the 2021 offense should rest easy.

Ham figures to be very much a part of the 2022 Vikings plans. Last week, with training camp kicking off, O’Connell told reporters about Ham, “The best part about C.J. is he can do it all.”

Such versatility is coveted, meaning Ham’s chances of missing the 53-man roster cut later this month are incredibly slim. Inside the Vikings old offense with Mike Zimmer in charge, Minnesota was one of the relatively few teams still using a fullback in “today’s NFL.” Yet, because of Ham’s resourcefulness — catching passes, playmaking, run-blocking, etc. — his role won’t diminish. In fact, it could be enhanced.

Vikings.com published a mailbag of questions on Monday, and predictably, a fan asked about Ham’s future in the offense. Craig Peters from Vikings.com responded about Ham’s fit in an O’Connell offense, “To quote Ace Ventura, Like a glove!“

Peters continued, “Since O’Connell’s hire, some have wondered about the future of a fullback, but the coach has said multiple times that he likes the potential wrinkles added by C.J. Ham’s versatility.”

In that regard, Ham feels as safe to make the Vikings roster as 1982 Rickey Henderson at second base. And that’s predominantly because Ham isn’t just “some fullback.” He’s vital.

His security in making the 53-man roster does cast other running backs’ roles into doubt, though. Minnesota has five men with either RB or FB attached to their name who can make the team — Dalvin Cook, Alexander Mattison, Kene Nwangwu, Ty Chandler, and of course, Ham. Cook will not be cut. Mattison is under contract through the end of this season. Nwangwu is the team’s kick returner and fastest player. Chandler, an old rookie by RB standards, was probably drafted for a reason.

That creates a pickle. Do the Vikings keep five RBs and FBs? Last year heading into the 2021 season, O’Connell’s Rams kept just three RBs and FBs. Ergo, O’Connell must become more lenient in retaining running backs while making roster cuts elsewhere — which is a tricky task.

Overall, any anxiety about “Ham not having a role because O’Connell doesn’t use fullbacks” can be tabled. Ham isn’t going anywhere — unless everyone in the Vikings orbit is telling tall tales.

Sunday’s Matchup Will Be a Revenge Game for 2 QBs