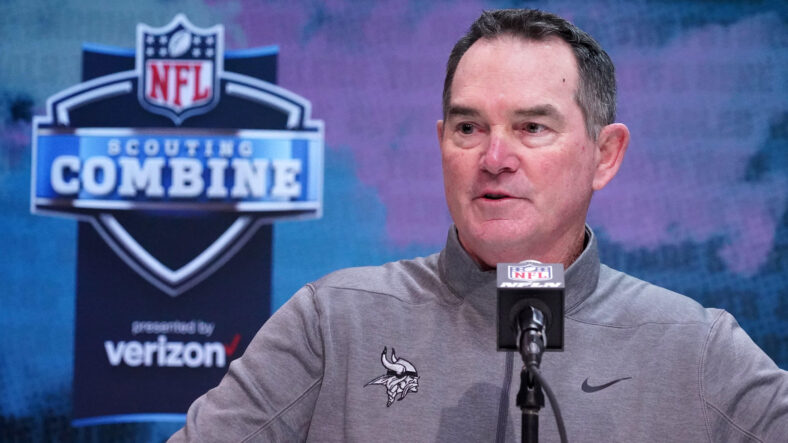 The site, led by Mike Tannebaum and Joe Banner, is described as “a new football think tank and media platform” where Zimmer and Spielman are evidently featured as analysts.

Zimmer and Spielman paired in Minnesota for eight seasons, leading the Vikings to the NFL’s 10th-best record during the timeframe. The product was more successful in the first six seasons, though, and culminated with a 2017 NFC Championship appearance. From 2020 on, the Vikings succumbed to playoff-less mediocre seasons, causing the move by ownership to hire Kevin O’Connell as head coach and Kwesi Adofo-Mensah as general manager.

Spielman, hired by the Vikings in 2006, oversaw three Vikings coaches from Brad Childress, Leslie Frazier, to Zimmer. On his watch, Minnesota reached two conference titles games (2009, 2017). And he’s even writing on The 33rd Team‘s site, opining on Kyler Murray’s contract extension and the OTA process this summer.

Zimmer, who appears to be new at The 33rd Team, is also contributing, evidenced by an article about holdouts late in July.

Zimmer and Spielman ending up in the same post-Vikings spot will surprise some as the two weren’t necessarily linked at the hip down the stretch of their careers in Minnesota. Some reports after their dismissals hinted at disharmony during the 2021 season. And while Spielman has latched on to writing and a hip TikTok account, everything relating to Zimmer since January has been quiet.

But they’re both on the payroll of The 33rd Team — coworkers once again.

5 Takeaways from the Vikings 2022 Preseason

Familiar Section of Vikings Roster Sinks Enthusiasm for Some