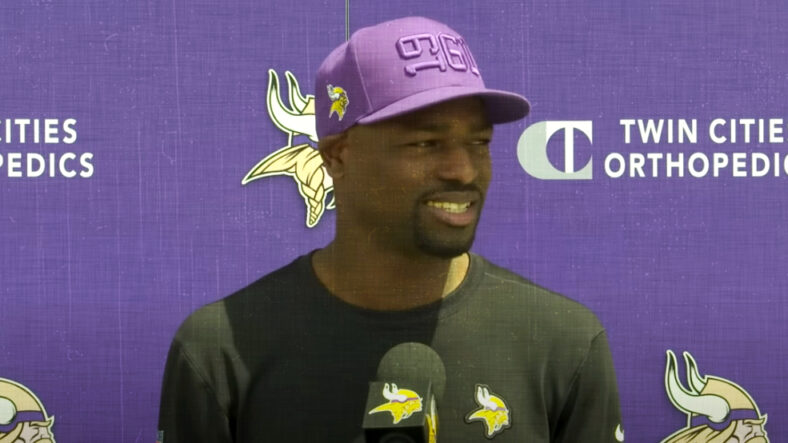 Through the first two weeks of the season, the Minnesota Vikings have shown inconsistency on both offense and defense. One area they has been consistent is the Vikings special teams where Matt Daniels and his special teams unit have made a positive early impression. Something they will look to continue to build on in Week 3 against the Lions.

There was a huge coaching overhaul in Minnesota over the offseason. With the arrival of new head coach Kevin O’Connell, the only incumbent coach who remained was wide receivers coach Keenan McCardell.

The other name I had hoped might stay in Minnesota was special teams coordinator Ryan Ficken, who had overseen a significant improvement to the unit during his one year in charge.

Ficken went to the Los Angeles Chargers and the vacancy was filled by Matt Daniels. Despite only turning 33 next week, Daniels has had held assistant coach roles at the Rams and Cowboys over the last four years.

Daniels made an immediate impression with his enthusiasm, and enjoyment of the role specials teams plays. Often overlooked as the offense and defense takes centre stage, Daniels knows the importance of special teams not only on the success of a team, but also on the development of a player.

Special teams was a key part of the major success of the New England Patriots over the last two decades. It is an area of the game any team can give themselves an edge just by having players who are hungry and willing to do their job.

That has been evident in the first two games of this season as the unit has impressed. It starts with the leadership from Daniels and captain CJ Ham, with Josh Metellus also pointed out as a leader in the group by Daniels. As he spoke about the unit having their own meetings arranged by the players on Fridays. Something he had never seen before that shows a real commitment to the cause.

Of course, there are key positions that need players with certain high level skill sets. The Vikings have those too. Greg Joseph recovered from some early misses last season to have a solid season. After impressing throughout training camp, he has a 100% record on field goals and extra point attempts through two games.

It was a slight surprise when the Vikings released Jordan Berry, who had a good season last year. In favor of undrafted rookie punter Ryan Wright. There’s no surprise anymore as Wright has been excellent and looks to possess “the leg” to hit booming punts, but also the guile to keep the ball inbounds.

There hasn’t been anything exciting from the returners so far. However, there is no doubt the Vikings have two players capable of explosive plays when the opportunity arrives. Kene Nwangwu and Jalen Reagor have both proved it in the past; the big plays will come throughout the season.

A good indication of the commitment from the current Vikings special teams has come in the form of veteran cornerback Patrick Peterson. In the aftermath of Peterson’s field goal block against the Eagles, Daniels admitted he considered taking Peterson off of the field goal blocking unit. The 32-year-old made clear his desire to stay on those duties and proved his worth in Week 2.

We are only two weeks into the season but the Vikings special teams unit has made a positive early impression. If they can continue the way they have started in Week 3 and beyond. Theycould be one of the best units in the league this season.

This Is the Week You Cheer for the Packers

Dalvin Cook Foresees ‘Next Level’ for His QB