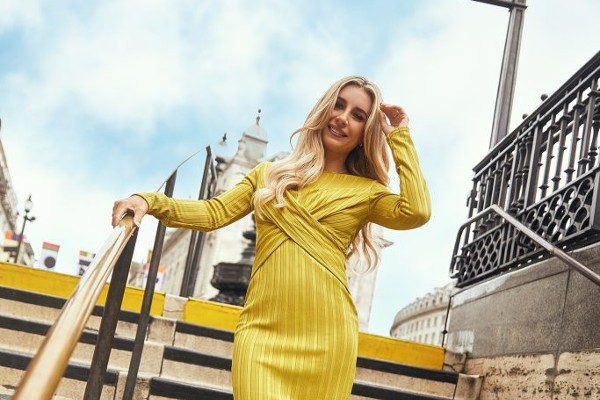 Matalan has revealed it will be adding 18 third-party fashion brands to its own-label offering, including Clarks and Ben Sherman, as well as the launch of a 24-piece collection from Girls on Film with Love Island 2018 winner, Dani Dyer.

The new names will launch on the fashion retailer’s website on 7 September, to sit alongside own-brands Papaya, Et Vous, Be Beau and Taylor & Wright, representing “an important next step in Matalan’s omnichannel growth journey”

To coincide, Matalan has also unveiled a 24-piece collection designed in collaboration with womenswear brand Girls on Film with reality star Dani Dyer.

The 1970s-inspired collection will be exclusive to Matalan from 7 September to 15 September, after which it will also become available to purchase through the Little Mistress website.

Matalan chief operating officer James Brown said: “We are thrilled to onboard these popular and well established third-party brands, to offer our customers even more choice by complementing our own brand offering and launching another exciting phase of our strategic growth journey.

“These labels have been carefully selected to ensure Matalan remains a leading omnichannel fashion and lifestyle retail destination for families across the UK.”

Girls on Film chief executive Mark Ashton said: “We are very excited to be exclusively teaming up with Matalan for the launch of ‘Girls on Film by Dani Dyer’. Dani fits our brand aesthetic perfectly – she is someone who is full of personality and fun! We’ve loved working with her and look forward to collaborating together on future collections.”

Dani Dyer added: “I’m so excited to announce my first collection for Girls on Film! I had such fun working with the design team to put the collection together. I love the bright colours and ’70s styles we’ve created. Everything’s easy to wear and bang on trend for autumn.”

In the market for worker status advice? – new Guidance fails to deliver (UK)

Former Pets at Home CEO joins board of struggling Ao.com