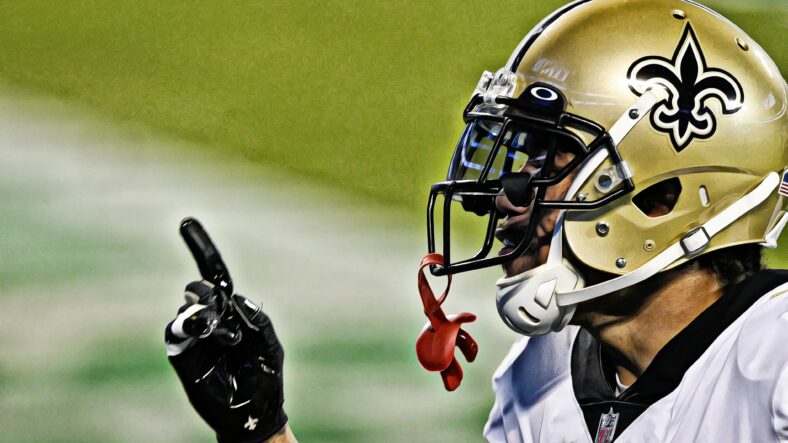 The Vikings survived the undermanned Saints, 28-25, and Jefferson had a field day at the expense of Lattimore, a four-time Pro Bowler.

Jefferson posted a photo of himself stepping over (away from?) Lattimore after a big catch in London, likening his play to Allen Iverson in the 2001 NBA Finals.

It is unclear when Lattimore plans to “catch” Jefferson, perhaps the next time to two see each other on the field, which will be in 2023 at U.S. Bank Stadium. Jefferson toyed with Lattimore in Week 4, tabulating 147 receiving yards on 10 receptions. He even threw in a rushing touchdown for good measure.

Lattimore’s encountered a bizarre career trajectory to date. Per Pro Football Focus, this is his resume:

And, of course, the 51.3 grade so far in 2022 is mainly attributable to abuse from Jefferson in London.

The Saints will need the good version of Lattimore to resurface as their 2022 campaign is gradually swirling down the commode. New Orleans is 1-3 through four weeks, leaning on backup quarterback Andy Dalton again in Week 5 and essentially requiring a 4-2 record in the next six games (SEA, CIN, at ARI, LAR, BAL, at PIT) to hit .500 by mid-November.

The Vikings, on the other hand, can put a stranglehold on playoff optimism with a Week 5 triumph at home over the Chicago Bears.

Since entering the NFL in 2020, Jefferson leads the NFL in receiving yards with 3,409.

Vegas Has an Odd Beef with Kevin O’Connell