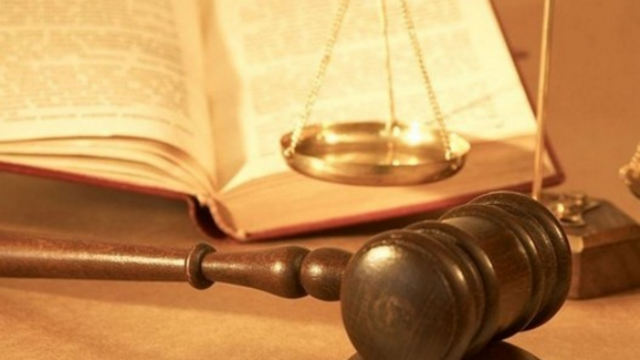 A man who pleaded guilty to his role in assisting former San Diego County Sheriff’s Capt. Marco Garmo in a wide-ranging corruption scheme was sentenced Wednesday to just over one year in federal prison.

According to federal prosecutors, Waiel Anton, 38, held himself out to be an honorary law enforcement official whose connection with Garmo allowed him to provide favors to others. Those included assisting people in securing expedited concealed carry weapon permits and warning unlicensed marijuana dispensary owners when law enforcement raids on their businesses were upcoming.

Though Anton’s primary source of income was as a local garage door repairman, many believed he was essentially a sheriff’s deputy, according to prosecutors, who wrote in a sentencing memorandum that “His apparent connections to law enforcement, and specifically to the Sheriff’s Department, enabled Anton to commit the crimes charged in this case.”

The U.S. Attorney’s Office said Garmo provided favors — often through Anton — both for profit and in order to create goodwill among potential donors for his planned campaign to run for San Diego County Sheriff. Garmo, 55, has since pleaded guilty to unlawfully selling “off-roster” firearms and been sentenced to two years in prison.

At Anton’s sentencing hearing, U.S. District Judge Gonzalo Curiel said that barring Garmo’s prosecution, “There was a possibility that we would have had one of the most corrupt government officers ever leading the San Diego Sheriff’s Department,” a prospect he called “horrifying.”

Prosecutors said the bulk of Anton’s criminal conduct concerned illegal East County marijuana dispensaries. One such dispensary operator paid Anton between $5,000 and $8,500 per month to prevent law enforcement raids or provide advance notice of when the raids were coming.

Prosecutors say Garmo supplied Anton with inside information on planned sheriff’s department searches, which he relayed to the dispensary owner.

Anton also used ties to an employee in the sheriff’s licensing office to help people receive concealed weapons permits far quicker than usual. Prosecutors say CCW applicants typically had to wait eight to nine months for an appointment, but Anton was able to get his clients appointments in about two weeks.

An undercover federal agent was referred to Anton by Garmo, according to the prosecution’s sentencing brief, and paid him $1,000 for a quick CCW appointment. One of the $100 bills given to Anton was found days later in Garmo’s wallet, the prosecutor’s brief said.

Prosecutors also said Anton helped fundraise for local political and law enforcement figures and solicited campaign contributions from many of his CCW clients.

Others indicted were prominent San Diego jeweler Leo Hamel, who was sentenced to probation and home confinement for knowingly purchasing numerous illegal firearms from Garmo in exchange for his assistance in Garmo’s sheriff campaign.

Two others await sentencing: local gun store owner Giovanni “Gio” Tilotta and former sheriff’s Lt. Fred Magana, both of whom assisted Garmo in selling guns that are only available to members of law enforcement.

Three Injured, Including One Pinned Under Pickup, in East Village Vehicle vs. Pedestrian Crash