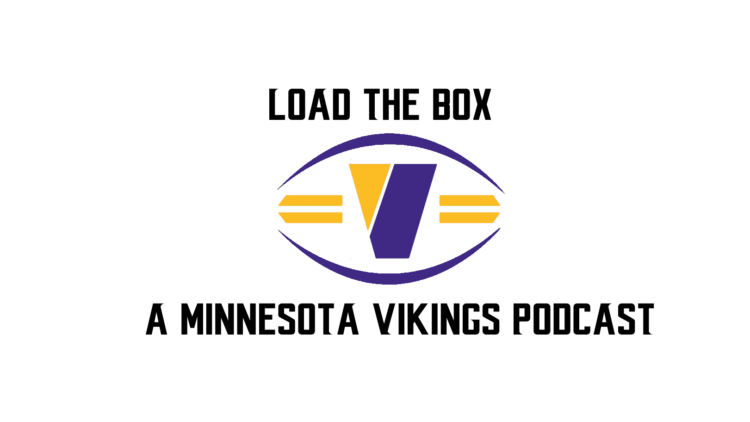 Load the Box is the brainchild of Jordan Hawthorn, Cincinnati native and Minnesota Vikings enthusiast. In 2017, Jordan needed to channel his love and deep knowledge of his favorite team into something that could be shared with Vikings fans around the world.

Load the Box has waded through the thick and thin of the Kirk Cousins era in Minnesota, from the overtime playoff win in New Orleans to back-to-back losing seasons which brought an end to Mike Zimmer and Rick Spielman in Minnesota.

A show that has historically had a large NFL Draft focus in the off-season, had the privilege of hosting then-BYU-QB Zach Wilson. The running joke is that after 2 to 3 games into each season, Jordan has already selected a list of QBs to replace his “favorite” QB, Kirk Cousins.

Originally a partnership with Jack Day, Load the Box enters a new era of its own by welcoming Vikings Territory’s Will Goodwin to the show. Will brings the stats and perspective to compliment Jordan’s concoction of hype and pessimism.

Load the Box streams live every Monday and Wednesday night at 7:30pm CT on YouTube, Facebook, and Twitter (@LTBVikings). Our Monday “Day Late and a Dollar Short” shows recap the Sunday game, while the Wednesday show looks ahead to the following Week’s opponent.

Subscribe to Load the Box on Apple Podcasts, Spotify, iHeart or wherever you get your podcasts!

Jordan Hawthorn is a former contributing author for PurplePTSD and VikingsTerritory. Jordan lives just north of Cincinnati, Ohio, but his love for the Vikings is as true as it comes. Brought home from the hospital wrapped in purple and gold, he has been wearing Vikings jerseys since the day he could walk. Jordan’s list of favorite Vikings of all time include: Jared Allen, Eric Kendricks, Sidney Rice and his all time favorite, Jim Kleinsasser.

Will is a Staff Writer for VikingsTerritory. He is a husband, father of two, and earned an undergraduate degree in Economics (just like Kwesi Adofo-Mensah). Will’s favorite pastimes are water skiing, Minnesota sports, and Cinnamon Toast Crunch. Follow him on Twitter (@willbadlose) and find his other sports content at Twins Daily and his very own Bad Loser Blog.

Vikings 2023 Offseason Could Be More Mysterious Than 2022

The Vikings 2022 Offense by the Numbers: After Week 10

Vikings Look to Rebound on Thanksgiving against Patriots