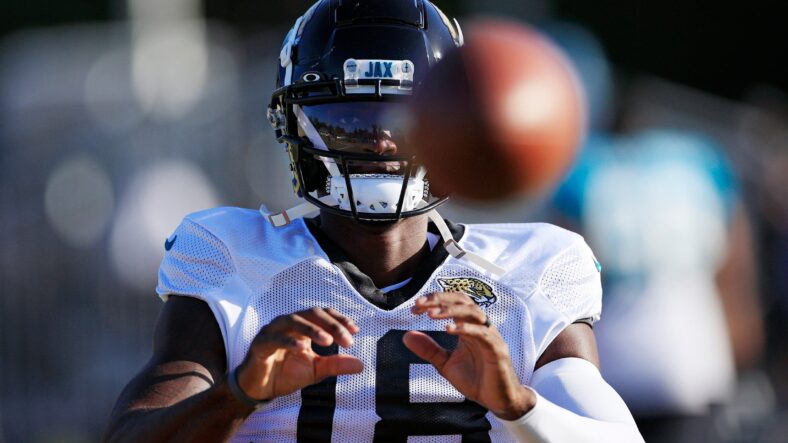 Former Minnesota Vikings wideout Laquon Treadwell made it team No. 4 on Labor Day, signing with the New England Patriots in a practice-squad capacity.

The Vikings drafted Treadwell in 2016 with the 23rd overall pick but did not receive a significant return on investment.

The Vikings opted for Treadwell in the 1st Round of the 2016 NFL Draft at a spot where they could’ve landed Xavien Howard, Derrick Henry, Michael Thomas, or Kenny Clark. But that type of revisionist history can be cited for nearly any pick in any draft.

Minnesota stubbornly clung to Treadwell, hoping he’d bust out to stardom. He played in 53 Vikings games in four years, tabulating just 701 receiving yards and two touchdowns. It was a rare 1st-Round miss for the Vikings at wide receiver.

Treadwell’s 1st-Round fifth-year option was not renewed by the Vikings in 2020, sending him first to the Atlanta Falcons in 2020 and then Jacksonville Jaguars in 2021. He recorded a “career year” in 2021, accruing 33 catches for 434 yards on a bad Jaguars team.

The Ole Miss alumnus wasn’t a priority to re-sign, though, as Doug Pederson took over the Jaguars coaching staff. Accordingly, Treadwell visited free agency and waited until one week before the regular season to join the Patriots.

Treadwell turned 27 in June. He logged an impressive 72.0 grade from Pro Football Focus in 2021.

Is the excitement for the Vikings offense overshadowing concerns on defense?