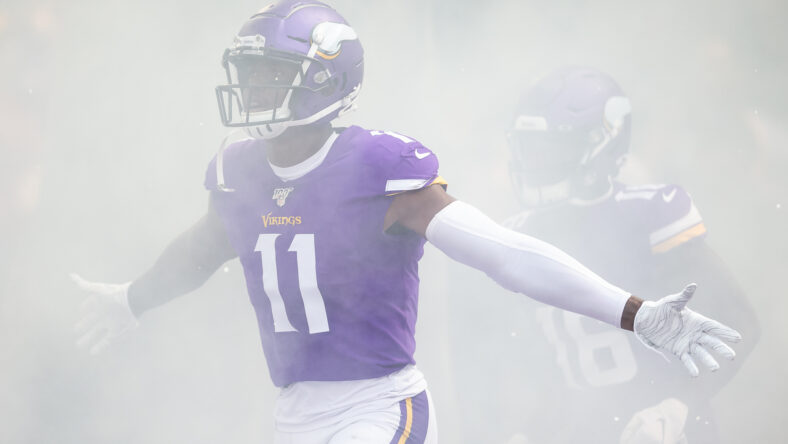 Like whack-a-mole, former Minnesota Vikings wide receiver Laquon Treadwell continues to pop up around the NFL, joining oodles of teams after leaving Minnesota in 2020.

The Seattle Seahawks signed Treadwell on Tuesday as the NFL blazed through a litany of fascinating trades.

Seattle marks the sixth NFL home for Treadwell. He was signed by the Arizona Cardinals in October, but the relationship only lasted a couple of weeks.

Treadwell joins the Seahawks practice squad and would be called up to the active roster if injuries ravage Seattle’s WR room. To date, this is Treadwell’s resume:

The Vikings drafted Treadwell in 2016 with the 23rd overall pick but did not receive a worthwhile return on investment. Minnesota repeatedly tried to acclimate Treadwell to the passing game, but he didn’t pan out. Outwardly, he was a phenomenal teammate and an “intangibles player” while failing to stuff statsheets with receptions and yards.

In the 2016 NFL Draft, Minnesota opted for Treadwell in Round 1 at a spot where it could’ve landed Xavien Howard, Derrick Henry, Michael Thomas, or Kenny Clark. But that type of revisionist history can be cited for nearly any pick in any draft. The Mike Zimmer-led Vikings vehemently clung to Treadwell, hoping he’d bust out to relevance. He played in 53 Vikings games in four years, tabulating just 701 receiving yards and two touchdowns. It was a rare 1st-Round miss for the Vikings at wide receiver, a franchise known for Mosses, Harvins, and Jeffersons.

Treadwell recorded a “career year” in 2021 with the Jaguars, though, accruing 33 catches for 434 yards on a bad Jacksonville team. All told in his career, he’s produced 104 receptions for 1,184 yards and 5 touchdowns — in 70 games. Treadwell averages 16.9 receiving yards per game.

Former Vikings QB Sean Mannion is also on Seattle’s practice squad. Depending on end-of-season seeding, the Vikings could host the Seahawks at U.S. Bank Stadium in 2023. Otherwise, Minnesota will travel to Lumen Field in 2024 for a regular season game.

Bitcoin Is Extraordinarily Cheap, According to Yardstick Indicator

How Crucial is the Vikings CB Swap?