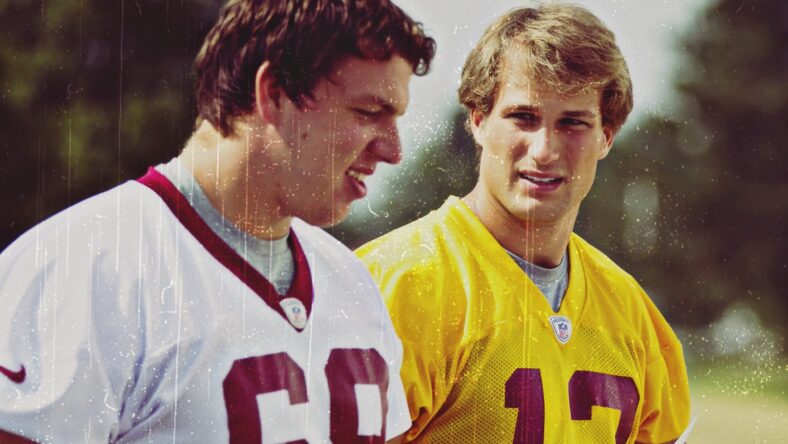 When the Minnesota Vikings square off against the Washington Commanders on Sunday, it’ll be Kirk Cousins’ first trip to FedEx Field as a visitor.

Generally, when an athlete returns to the crime scene known as his old team’s house — a team that didn’t want him — a revenge factor is evident. But, per Cousins’ lips, vengeance doesn’t seem like a motivating factor.

Cousins told NBC Sports this week, “I spent six years there [and] have some great memories. I just think very highly of a lot of the people I worked with there, coaches, players, and teammates. It’ll bring back a lot of those memories when I go back.”

In the Commanders record books, Cousins was climbing the ranks of quarterback metrics, ranking fourth all-time in passing yards before Washington’s front office allowed the passer to venture to the Vikings in 2018.

“I just have the best of memories of my time there and feel really [positive] about every experience,” Cousins added.

Of course, Cousins is known for proper manners and a “dad persona,” so perhaps he sounds cordial merely to save face. But not all athletes go that easy on their former teams. Vikings cornerback Patrick Peterson absolutely teed off on his ex-squad last weekend.

So, with Cousins “returning home” in Week 9, some fans speculated he’d trot into the nation’s capital with a Peterson-esque chip on his shoulder. If Cousins is to do so, though, it seems he’ll be doing it quietly, perhaps letting his performance do the talking.

Accordingly, Cousins hit free agency and landed with his current team, the Vikings. In 4+ seasons with the Vikings, Minnesota has tallied a 39-30-1 record with Cousins at the helm — an uptick from 26-30-1 with the Commanders.

This isn’t the first time Cousins has taken the high road regarding grudge matches or vendettas. Last summer, when unflattering tidbits surfaced about the Vikings culture in 2021, Cousins had no negative comments to offer about former head coach Mike Zimmer. Cousins said on the topic, “Let me say this. I was fortunate enough to go to two Pro Bowls under Coach Zimmer. We won a playoff game, a very difficult playoff game nobody gave us a chance to win. I’ve gotten better every year that I’ve been here.”

“I look back on my years with Coach Zimmer, and I say he was very good to me,” Cousins concluded on the topic of his relationship with Zimmer.

Overall, with the Vikings boasting a 6-1 record and eyes glaring at multiple home playoff games if the winning persists, Cousins will have to exact revenge on his former team quietly, as he had not identified the Week 9 showdown, at least publicly, as vengeance-themed.

Cousins’ Vikings are favored by 3.5 points this weekend to defeat the team who drafted him.

Vikings Can Deal With Kirk Cousins in 3 Different Ways