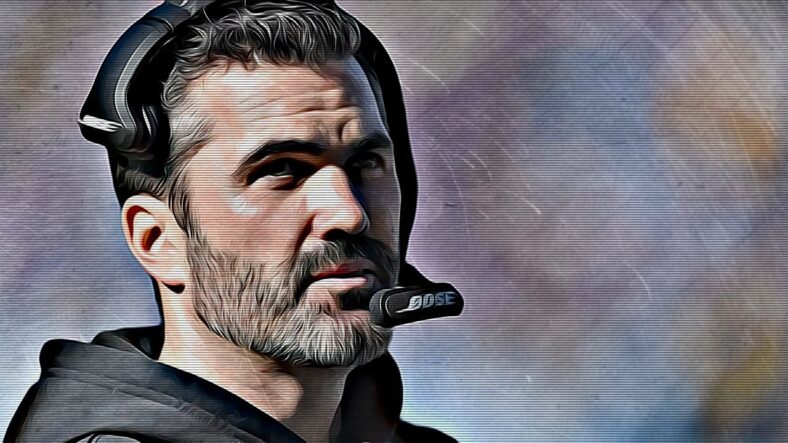 Kevin Stefanski took the Cleveland Browns head coaching job after leading the 2019 Minnesota Vikings to the 8th ranked offense in the NFL and a thrilling playoff victory in the Superdome. Such is the way in the NFL: coordinators succeed and get poached as head coaches by teams looking for a fresh start. Stefanski earned the right to take the Browns job, and for his career advancement, he should have.

Now, entering his third season at the helm in Cleveland, the former Vikings play caller may wish he was back where he began.

Stefanski took over a Browns team with a top-third roster but hadn’t solidified the right coach-quarterback combination to get the job done. Cleveland had drafted Baker Mayfield with the number 1 overall pick in the 2018 NFL Draft to try and solve half of that puzzle. Two years into his tenure as the Browns’ signal caller, Mayfield had already dealt with three head coaches and two offensive coordinators. After firing Freddie Kitchens after the 2019 season, Cleveland turned to Stefanski, who had spent the first 14 years of his NFL coaching career in Minnesota.

When Stefanski entered the organization, he seemed to complete the coach-quarterback puzzle that had eluded Cleveland for so many years. In the duo’s first year together, the Browns won 11 games and their first playoff game since 1994, when Bill Belichick and Vinny Testaverde led the franchise [1]. The effort was good enough to net Stefanski NFL Coach of the Year honors.

Things fell off the rails in 2021. Mayfield sustained multiple injuries, and the Browns offense never was able to get on track. After missing the playoffs with a disappointing 8-9 record, Cleveland decided to go big-game hunting to try and solve the quarterback problem once again.

Enter Deshaun Watson: the uber-talented, National Champion, electric, Houston Texan QB who had sat out the entire 2021 season while awaiting rulings on 22 sexual misconduct allegations. Cleveland paid a hefty price for the estranged quarterback, guaranteeing him $230 million over five years, despite anticipation that Watson would be suspended for at least part of the upcoming season.

Throughout the time and process since Cleveland signed Watson, Stefanski has been nothing but supportive of his quarterback, as a head coach ought to be. He’s praised his talent, charisma, and leadership since joining the team and participating in offseason workouts.

Even when more allegations were placed on Watson in June, Stefanski refused to get into banter about his QB’s situation, saying he would “be respectful of the legal proceedings.” Again, a very diplomatic response by the head coach, but one that cannot solve the problems that have compounded on the franchise since Watson’s signing.

Kareem Hunt, part of the Browns’ two-headed monster in the backfield, commented that the situation is “definitely stressful” for the team as they try “to figure out what pieces they’ve got for the season.” Although Stefanski is “looking forward to the opportunity to coach Deshaun,” he may not get a chance until 2023, with Watson’s legal status hanging in the balance.

Contrast Stefanski’s precarious situation in Cleveland to that of first-year head coach Kevin O’Connell in Minnesota. O’Connell has a Pro-Bowl QB who will be playing Week 1 and one of the best wide receivers in the league. Stefanski still has that top-tier roster but may end up riding with Jacoby Brissett or Josh Rosen under center.

Had Stefanski not taken the Browns job in 2019, there’s reason to believe that his name would have been called to replace Mike Zimmer as the younger offensive-minded coach instead of O’Connell. Had Stefanski stuck around for another year, maybe Minnesota would have offered him the job after a disappointing 2020 season rather than riding the Zimmer train that one final fateful year. We’ll never know.

We also don’t know if Stefanski regrets leaving Minnesota for a coveted head coaching gig in Cleveland. Aside from Bill Belichick, this is where head coaching careers go to die: over the last 23 years, they’ve now had 12 head coaches, only 2 of which have been a head coach after their stint with the Browns [1].

Stefanski and the Browns opened training camp on July 27 and will play their first preseason game on August 12 in Jacksonville.

Will is a husband, father of two, and a lifelong Minnesotan. He earned an undergraduate degree in Economics (just like Kwesi Adofo-Mensah). He became a Vikings fan in 2009 when Brett Favre stole his heart. Will’s favorite pastimes are water skiing, Minnesota sports, and Cinnamon Toast Crunch. Follow him on Twitter (@willbadlose) and find his other sports content at Twins Daily and his very own Bad Loser Blog.

Vikings Defender Excited To Be Back