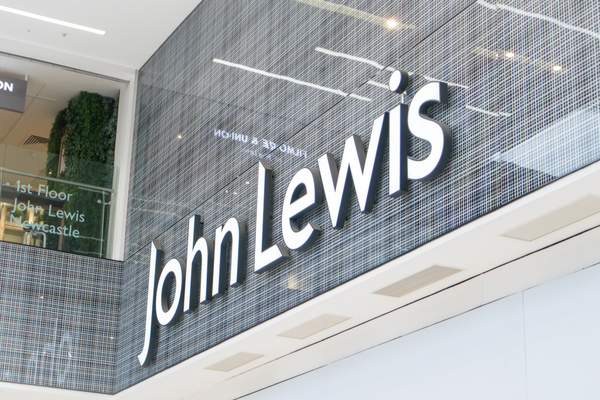 Since John Lewis revealed it was ditching its almost 100-year-old brand promise ‘Never Knowingly Undersold’ earlier this year, the retail world has wondered what would replace its famous slogan.

Would it reinvigorate the department store and reaffirm its place in modern retail? Would it shout about its trusted credentials? Would it make people reappraise John Lewis as a destination for value?

This week all was revealed when it unveiled it’s ‘for all life’s moments’ tag, which was met with a resounding ‘meh’.

“I’m confused by it,” admits Savvy Marketing founder and CEO Catherine Shuttleworth. “Never Knowingly Undersold was a price promise – this is just a marketing line.”

“’For all life’s moments’ feel like it should be part of John Lewis’ strategy, an internal mantra even, but it means nothing to the customer.”

The problem with the new strapline is that it doesn’t get to the crux of what makes John Lewis special. Underpinned by its partnership ownership model, the brand represents trust, quality and excellent service for many – something that it’s new slogan does not touch on.

“It holds a unique position in British society as a trusted brand. That is not translated into its brand promise. ‘For all life’s moments’ could apply to any brand” says Shuttleworth.

Lee Rolston, chief growth officer at marketing agency JKR agrees. He points out that ‘Never Knowingly Undersold’ neatly got across the fact that you could trust John Lewis to do the right thing by the customer.

“There was emotion behind the Never Knowingly Undersold message. It perfectly got across the fact that you can rest assured that it would not undersell in terms of price or the quality of product.”

Like Shuttleworth, Rolston believes that ‘for all life’s moments’ could be attached to any brand. “For a lot of people, Amazon will be there for all of life’s moments,” he says.

The elephant in the room

Launching amid the biggest cost-of-living crisis in decades, where many consumers – including John Lewis’ middle class customer base – are fearful of not being able to pay their gas and electricity bills this winter, one would expect the department store to get across its value credentials in its new slogan.

However, that isn’t the case.

“The biggest moment for most people right now is paying their electricity bill,” says Shuttleworth. “It feels like John Lewis have devised this brand promise in a bubble…there’s no reference to the biggest thing impacting people’s life and shopping habits right now.”

This is a shame as John Lewis has made strides to up its value offer of late.

The retailer revealed earlier this year that it would ploughing £500 million into pricing and promotions and has been rolling out Anyday, the affordable brand it smartly launched in April 2021 before the cost-of-living crisis had reared its ugly head.

However, the new customer-facing slogan does not touch on any of this. Whilst Never Knowingly Undersold offered price reassurance, ‘for all life’s moments’ fails to at a time when customers need it most.

“Ironically, there has never been a better time for ‘Never Knowingly Undersold’,” says Shuttleworth. “When people aren’t sure about how they are going to pay their energy bills this Christmas, they want that reassurance that they are getting the best price when their shopping.”

Shuttleworth does concede that John Lewis is right in its belief that the post-pandemic consumers are making the most out of every moment.

There are opportunities to be had in John Lewis’ approach of becoming “the place that people know they can come to bring a little joy to all of life’s moments”, as managing director Pippa Wicks puts it, rather than just for big occasions such as Christmas or planning a nursery, which the department store is already synonymous with.

It’s clear John Lewis has big plans for this concept. It will introduce new products and services to “ensure that we inspire people beyond the big occasions” and will test a new store format in the coming months that will encourage customers to shop by real-life moments across categories rather than traditional product departments.

Shuttleworth believes this is a smart move. For example, by placing beds, duvet covers, pyjamas, candles and speakers next to each other to encourage a fantastic night’s sleep, the customer may be persuaded to make purchases across multiple categories.

“There are definitely opportunities for cross-merchandising but as ever execution is everything,” says Shuttleworth.

When it comes to execution, the big focus for John Lewis right now is getting its ‘for all life’s moments’ message out to customers this week.

The retailer has pushed the button on a “major, new marketing campaign” across its website, app and store with a new TV ad set to be broadcast this Thursday.

Rolston says there is an opportunity to make, what he describes as a “functional” new brand slogan, more emotive and “distinctively John Lewis” through emotive storytelling in ad campaigns.

If there is one thing John Lewis’ excels at, it’s emotive storytelling. Perhaps this is where it can really put some meat on the bones of its rebrand and really get across its values to customers. However, its marketing department may have their job cut out this time.

Poundland to extend £1 price range at over 800 UK stores