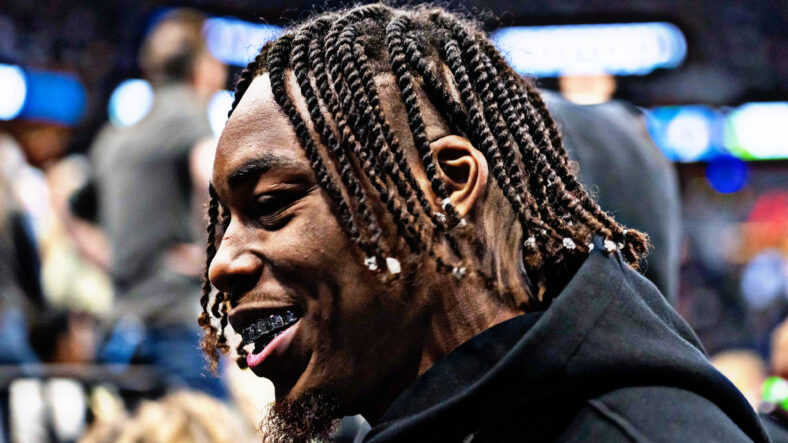 The Vikings selected the slot receiver from LSU in the 2020 draft and raised some questions. The biggest one was if he could play alongside Thielen, who was deemed a slot receiver in his own right. Obviously, none of the concerns were proven to be correct. Neither of the two receivers is a receiver who can only line up in the slot. Both can play any WR position imaginable.

Jefferson didn’t only prove himself on his team but also in the league. He is one of the elite pass catchers in the sport and has backed up his historic rookie season by another strong campaign.

His rookie receiving record of 1,400 yards was broken by his former college teammate Ja’Marr Chase after just one year. However, Jefferson recorded 1,616 receiving yards in his second season, which gave him the record for the most yards in a player’s first two seasons in the league. The receiver, however, isn’t satisfied. He wants to keep going on his record-breaking trajectory.

JJ, the Hall of Famer?

Only the best of the best are part of the consideration for a bust in Canton, Ohio. Jefferson’s career start brings him closer to those honors, but he has a long way to go. The last modern-day wide receiver inducted was the former Detroit Lions WR, Calvin Johnson Jr. He finished his career with almost 12,000 receiving yards, 84 touchdowns, and the all-time single-season record for receiving yards. He dominated his competition for years. The Vikings receiver has to play at his high level for about a decade. Jefferson told NFL Network’s Patrick Claibon when he appeared on ‘NFL Total Access’ that the Hall of Fame is already on his mind.

– Justin Jefferson, with his eyes on the HOF

Saying that he has to learn much more is an exciting statement for Vikings fans. He is already one of the best players in the league and still tries to get better with no classic ‘Diva Receiver’ attributes in sight.

Jefferson needs 1,148 yards in 2022 to break the record held by another Viking, Randy Moss, for the most receiving yards in a player’s first three seasons. Kevin O’Connell and his expected implementation of a more pass-heavy offense are good news for the receiver.

“Our offensive style, it’s not a run-first offense anymore. Just us being able to put different people in different positions and distribute the ball. I’m so excited in this offense. Us just being in OTAs, learning the plays, going through it with our defense, and stuff. We’re all excited. We’re all happy to have [O’Connell]. It’s definitely a different vibe, a different connection in the building with him there. We’re just excited to start it up. We want to see how this season really turns out for us.”

The sky is the limit for the quarterback-receiver, tandem Cousins and Jefferson, in a pass-first offense. The only more productive duo in 2021 were Matthew Stafford and Cooper Kupp. Their offensive coordinator, of course, was the new Vikings head coach, O’Connell. The Vikings’ offense could be a scary one for opposing defensive coordinators.

Mike Zimmer Has a New Job

Vikings Must Overcome a Massive Issue