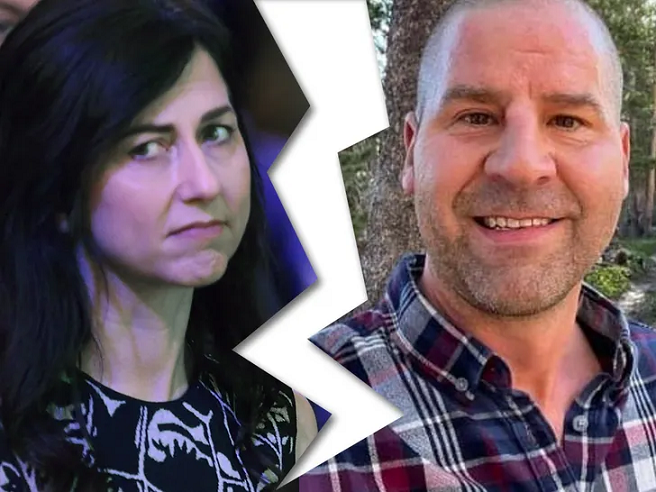 After less than two years of marriage, MacKenzie Scott, the estranged wife of Jeff Bezos, filed for divorce from her second husband, Dan Jewett.

Jewett did not challenge the divorce, and the allocation of assets was already decided upon in a prenuptial agreement, according to documents obtained by the New York Times.

The former couple — who quietly got married in March 2021 — first hinted at marital problems when the science teacher’s name suddenly disappeared from Scott’s philanthropic pledges.

On the site for the Giving Pledge, where billionaires promise to give away half of their fortune before they die, his letter no longer appears with hers.

Her Amazon bio also completely erased any mention of her second husband.

Scott’s divorce comes three years after she and Jeff Bezos announced they were splitting following 25 years of marriage.

“We want to make people aware of a development in our lives,” Bezos, the world’s second richest person, tweeted at the time.

“As our family and close friends know, after a long period of loving exploration and trial separation, we have decided to divorce and continue our shared lives as friends.”

He continued, “We feel incredibly lucky to have found each other and deeply grateful for every one of the years we have been married to each other. If we had known we would separate after 25 years, we would do it all again.”

Bezos and Scott first met when they both worked for the hedge fund D.E. Shaw. They went on to have four children together.

As Bezos’ assets were divided in half after their divorce, Scott rose to the position of the 12th richest person in the world.

What is a Workplace Suspension?

Real Warri Pikin Speaks About Her Suicide Attempt, Adopting A Daughter & Thriving In The Face Of Adversity On #WithChude – Celebrity Tell

She said Yes! – Made Kuti pops the question to Inedoye, his girlfriend