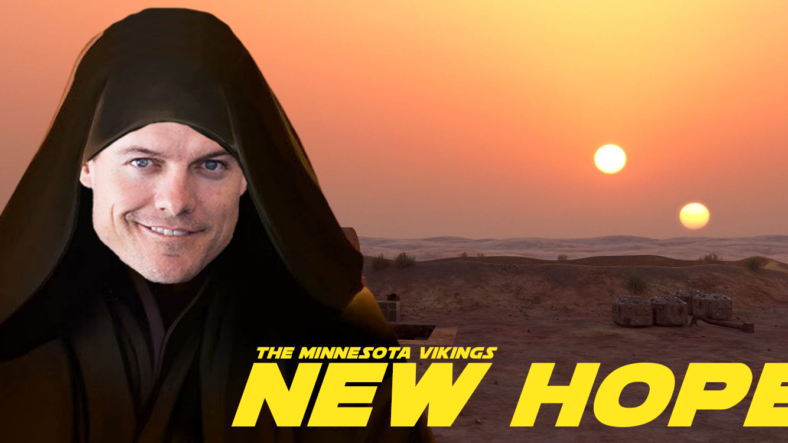 It sorta feels like the winds are changing a bit here in Minnesota when it comes to the fates of our major sports teams. After two decades filled with first round exits and regular season futility a breath of fresh air has been pumped into the system and optimism has taken hold.

The Minnesota Wild made the decision to move on from Parise and Suter and while their presence still impacts the payroll, new leadership and the infusion of a super star in Kirill Kaprizov has changed the way that fans look at the team.

Still a solid starter or two away from becoming true contenders the Minnesota Twins continue to make strides when it comes to developing young players. The play by Kiriloff, Buxton and Arraez has the team at the top of the division and looking like a playoff product.

Then there’s the Timberwolves who just made the biggest splash move that Minnesota Sports has seen in years. Trading away future assets and role players to acquire a star player like Rudy Gobert has instantly put the Wolves in consideration for the Western conference. Making this sort of move on the heels of a play-in win and playoff appearance last season has Wolves fever spreading through the Twin Cities at a rapid rate.

And then there’s the Minnesota Vikings. Maybe the most consistently interesting team in our state’s recent history they’ve undergone the most recent full scale change for our teams. A new General Manager and a new Head Coach in the same season will do that. To date, they’ve been saying the right things, implementing the right things and fans are excited for what we’re all expecting to come from this team.

But it’s not like the cupboards were left bare for O’Connell and Adofo-Mensah when they came in. To the contrary, they walked in the door and had one of the best wide receivers in the league, a top-5 running back, a fully capable quarterback, defensive assets that are ready to pop and top notch facilities to draw others in. That allowed for a few big free agent moves and a new draft class to join the mix and land on a roster that will likely be favored to win the division.

This is all great, but it’s what we’re continuing to hear from the players mouths that has fans really excited about what’s to come from this Kevin O’Connell led offense and team.

With just a handful of weeks before Training Camp kicks off and the real fun begins, attention to the Vikings usually wanes as we enter what is the only real down time in the NFL’s yearly schedule. But this year is different. When most of the sports attention usually shifts towards the Twins on field play and the Wild/Wolves free agency, the Vikings are continuing to pop-off and splash on the headlines both locally and across the country. And with the dust settling and the preseason roster taking shape, the continuing excitement stems from the teams new hope, head coach Kevin O’Connell.

O’Connell checks a lot of boxes for the fans who were sick and tired of the same old, same old coaches that were spinning their tires with the Minnesota Vikings of late. He’s young, he’s new age NFL, he’s offensive minded, he comes from an impressive coaching tree, and he’s pass first.

Even more exciting, he’s seeming to pass the eye test with the players so far.

Mixed into the offseason news you’ve got little tidbits from all sorts of players showcasing how excited they are to get back onto the field for 2022. Kirk Cousins is studying flash cards, Adam Thielen is exclaiming how exciting the offense is, Justin Jefferson is jacked for the team’s pass first attack. These players have now had enough opportunity to dive into the playbook, experience the new culture and meet the new leadership and they’re still raving about it all.

We’re certainly still in a bit of a honeymoon phase with the new regime, especially given the fact that O’Connell has yet to coach a single game…but still.

The tides are turning ladies and gentlemen, could Minnesota be on the verge of a resurgence? While you’re pondering that, jump into this little poll below and let us know which of the four major Minnesota sports teams you think will be the first to raise a banner?

What to Know About Taking Bad Credit Loans

Tyreek Hill a Viking? In his dreams…no really!