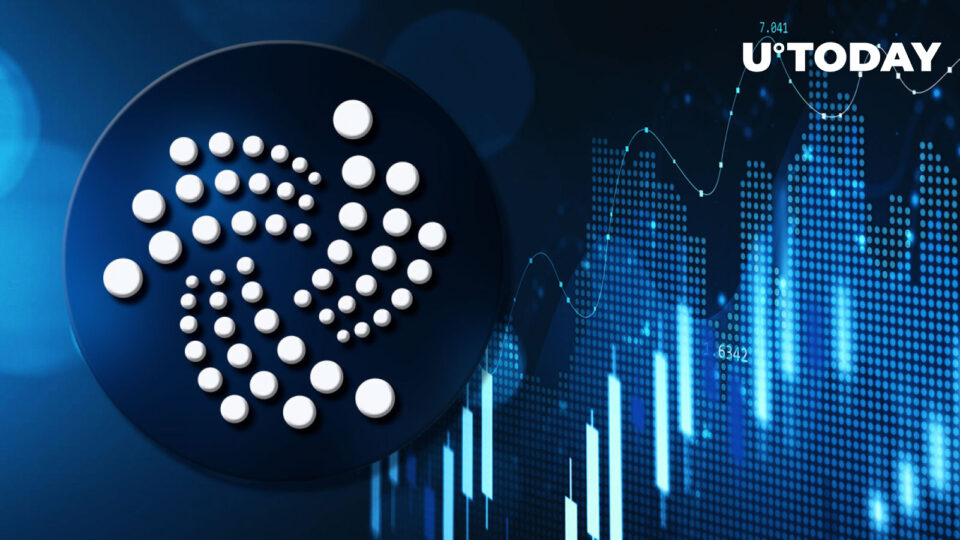 The IOTA (MIOTA) price is seeing modest gains against the backdrop of the other crypto assets, which are recording losses presently. At the time of publication, IOTA was changing hands at $0.30, up 7.68% in the last 24 hours and up 18.60% in the past week. IOTA was also demonstrating a 955% increase in trading volumes at press time.

IOTA’s staging network is set to go live within the next 48 hours. According to the most recent announcement, the Shimmer network will go live on Sept. 28.

Dominik Schiener, co-founder and chairman of the Iota Foundation, tweeted about the milestone reached: “This is the week where, for the first time since the start of IOTA in 2015, we launch a new token to the world. couldn’t be more excited for what will follow.”

This is the week where, for the first time since the start of #IOTA in 2015, we launch a new token to the world.

Couldn’t be more excited for what will follow. #Shimmer $SMR pic.twitter.com/jEe4hF4gsr

Shimmer is an incentive Layer 1 innovation network designed to accelerate the development of feeless and highly interoperable digital assets and token economies. Shimmer, like IOTA, is a DAG-based parallelized settlement layer with greater L2 anchoring capacity than traditional blockchains. Shimmer serves as a testing environment for developments aimed toward the IOTA network. SMR is its native token.

All transfers on and via Shimmer are feeless, and all chains linked to it can use it as a feeless bridge for all transactions.

Bitcoin stayed below $19,000 throughout the weekend, despite a couple of brief gains. The most valuable cryptocurrency by market capitalization was recently trading at over $18,919, down 1.35% in the previous 24 hours. The drop concluded a volatile week that saw hefty interest rate hikes by the U.S. Federal Reserve and other central banks, as well as declining economic indicators that point to a recession.

Because of the macroeconomic context, the crypto market in general has remained under pressure. Ethereum, the second most valuable cryptocurrency by market capitalization, was recently trading at around $1,300, down 2.25% from the previous day at the same time. ETH has fallen in price in the 10 days since the merge. Other major cryptos were recording losses, with XRP down 10% and Solana and DOGE each down nearly 5%.

Why Is Professional Training Essential For Pet Dogs?