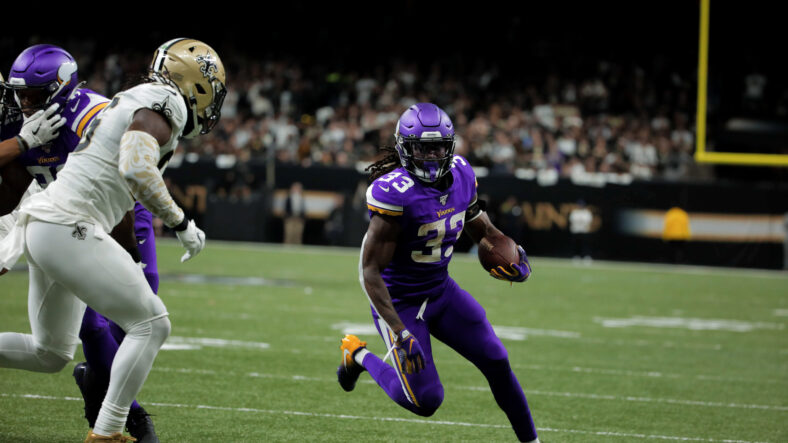 While on-the-field history takes the cake in the Minnesota Vikings and New Orleans Saints 13-year-long rivalry, off-the-field injuries have taken center stage with the showdown in London four days away.

The Vikings are a road team this weekend across the pond as the franchise puts its winning record (2-1) on the line versus the 1-2 Saints.

For the Saints, five men didn’t practice on Wednesday:

Eight others, including running back Alvin Kamara and defensive end Marcus Davenport, were limited at Wednesday’s practice. Winston is the “big one,” as otherwise, New Orleans would pivot to QB2 Andy Dalton, who helped his old team, the Dallas Cowboys, down the Vikings in 2020. A back injury has plagued Winston in 2022, and he rested on Wednesday accordingly.

Thankfully for the Saints sake, Dalton is one of the best backup quarterbacks in the world — and may even be a wiser start against Minnesota, given his undeniable talent to feed pass-catchers like Chris Olave the ball.

All three men are listed as “day-to-day” by the Vikings coaching staff, so the injuries are not major. However, taking on the Saints — or anybody — without Cook and Smith would be challenging.

Booth is still battling a quad injury, missing almost all of the 2022 season so far to the malady. He played a couple of snaps in Week 1 versus the Green Bay Packers and vamoosed due to the injury. As a 2nd-Round pick in the 2022 NFL Draft, Minnesota eventually needs Booth on the field to begin his rookie maturation.

Cook was hurt in Week 3, irritating the same injury that affected him last year — his shoulder. He’s played through pain in the past and could be on a pitch count this Sunday in Europe. If he cannot go or is limited, Alexander Mattison would assume most of Cook’s snaps, perhaps with a sampler platter of Kene Nwangwu or Ty Chandler.

Then, Smith is nursing a leg injury that occurred late in last weekend’s game against Detroit Lions. As the two-minute warning hit in the 4th Quarter, Smith was injured but remained on the field to help stifle the Lions advances.

Harrison Smith, who missed Week 3 in the NFL’s concussion protocol, was back at practice and will play in Week 4.

The betting line for Saints-Vikings moved from -2.5 to -3.0 in favor of Minnesota on Wednesday, as sportsbooks presumably envisioned a game with a hobbled Winston or no Winston at all.

Yikes, where do the Vikings go from here?

Load the Box: Previewing Sunday’s Matchup Against The Bears