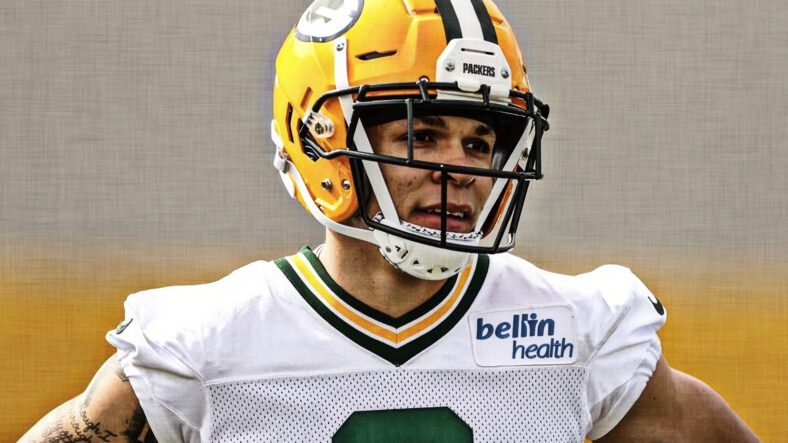 Few teams were as injury-plagued in the 2021 season as the Green Bay Packers, yet they still won 13 games. David Bakhtiari, Za’Darius Smith, and Jaire Alexander are All-Pro caliber players, and they all missed the majority of 2021. The now healthy pass rusher Smith was cut by the green rivals and signed by the Vikings. Bakhtiari is still hurt, while Jaire Alexander is fully healthy. However, a few other Packers players returned to practice.

The trio is vital to the Packers’ plans. They got off the ‘PUP-List’ and are eligible to practice again.

According to head coach Matt LaFleur, it’s just a step toward returning completely, “It’s just like the next step in the process. It’s not like they’re going to be out there in team drills. But they’ll do some individual, and with them being back, now it allows you to do some walkthroughs, which is going to be obviously very beneficial, especially for a guy who hasn’t played in the National Football League like Christian. So, it’ll be great to get them out there for some of the walkthroughs.”

Christian Watson, the dynamic rookie receiver from North Dakota State, was a second-round draft pick. The Packers traded up with the Vikings to secure the services of the young wideout. It cost them a lot, as the Vikings drafted Andrew Booth and Ed Ingram with their two second-round picks in return.

He had a knee scope shortly before the beginning of training camp. Watson is incredibly fast and has a big body. His potential is really high, but it might take a while because he played his college ball at a lower level. Quarterback Aaron Rodgers also is famous for having to form a relationship with his receivers first. The Packers lost his favorite target Davante Adams after trading him to the Raiders, and someone has to pick up the receiving production.

Elgton Jenkins tore his ACL during the Vikings win in Week 11. He played left tackle, replacing the already (and still) injured David Bakhtiari. Jenkins is a true swiss army knife of the offensive line. He started his career as the center and moved around to guard and tackle. Not many players can play all five offensive line positions, and there’s certainly no one who can do it at an elite level.

His counterpart Bakhtiari is out indefinitely, but getting Jenkins back will help the Packers offense a lot. LaFleur raved about his star blocker:

“I think Elgton has done everything everybody has asked him to do in regards to the rehab process,” LaFleur said. “He’s been super disciplined, and he’s putting the work in. That’ll be a big boost when he is fully cleared to help us out. Because there’s not many guys who are, No. 1, as talented as he is but also as versatile as he is.”

The third player slowly returning from a devastating injury is Robert Tonyan. The tight end also suffered a torn ACL last season. He had a slow start to the 2021 season but had a breakout year in 2020. Tonyan scored 11 touchdowns in 2020 and recorded almost 600 receiving yards. Vikings rival Aaron Rodgers will get another weapon in the passing game back once he’s healthy enough to play. Tonyan is fast for a tight end and can hurt defenses by running straight down the field.

He’ll have to pick up some of the vacated receiving production. The Packers didn’t replace Adams with just one player, as they drafted Watson and Romeo Doubs, another player who really flashed early on and signed Sammy Watkins.

The three remaining players on the Packers’ PUP-list’ are kicker Mason Crosby, left tackle Bakhtiari, and special teamer Kylin Hill. If they are still on the list when the season starts, they are automatically out for the first four weeks. The Vikings have two players on the list, receiver Blake Proehl and linebacker Ryan Connelly. Both recover from torn ACLs.

There’s no guarantee whether or not any of the three rivals are healthy enough to play in Week 1 against the Vikings. The Packers will face the Vikings in a crucial divisional rivalry game on September 11th.

Suddenly a Busy Man, Mike Zimmer Has Another New Gig

The Vikings Have a Tight Budget; How Can They Open Cap Space?

The Vikings Have a Surprise Offseason Standout