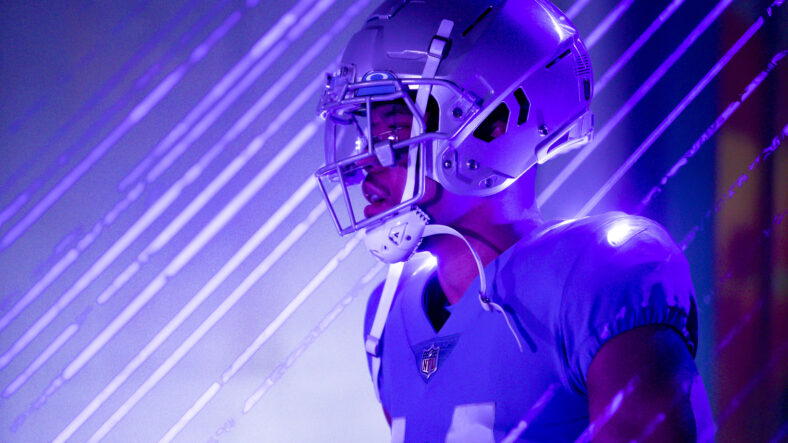 The Detroit Lions are arguably the most downtrodden franchise in the NFL. Their last playoff appearance came in 2016, but you must go back to 1991 for their last playoff victory, a 38-6 triumph over the Dallas Cowboys. They then lost 41-10 to the Washington Redskins in the championship game. Detroit won the division that season and repeated the feat two years later, in 1993.

That was the last time the Lions claimed a division title, and they only have one more to their name in the Super Bowl era, which came in 1983. Compared to the other teams in the division, the Minnesota Vikings (20), Green Bay Packers (18), and Chicago Bears (11), it is an embarrassingly low total. I don’t foresee Detroit winning the division this season, but I expect the Lions to be competitive.

The Lions finished bottom of the NFC North for the fourth straight season and only won three games in 2021. However, there was evidence of little growth shoots from a team that is rebuilding following the blockbuster trade that sent Matthew Stafford to the LA Rams.

A record of 3-13-1 might not look good on paper, but after some narrow defeats and a tie with Pittsburgh, they won three of their last six games. It felt like a turning point to me. The Lions were largely competitive and played a tough brand of football under new head coach Dan Campbell. You could see a team fighting for their coach but wasn’t used to winning, and that showed up in some key moments.

I like how they are building their team — from the trenches. They have one of the best offensive lines in the league, headlined by Frank Ragnow, Taylor Decker, and Penei Sewell. The signing of DJ Chark and drafting Jameson Williams — from that trade — gives Detroit some serious weapons alongside D’Andre Swift and TJ Hockenson. Jared Goff is a serviceable quarterback for the short term, but for the Lions to take the next step and become genuine playoff contenders, that will be the big move that needs to be addressed.

They used the second overall pick on local boy Aidan Hutchinson and took another edge defender in the second round — Josh Paschal. With Charles Harris, Romeo, and Julian Okwara also on the roster, they have great depth and the position. In the middle, veteran Michael Brockers is a valuable presence as they look for Alim McNeill and Levi Onwuzurike to develop. Both rookies from last season, the Lions will be hoping both can kick in this season.

The secondary is the next area to address after the third overall pick in 2020, Jeff Okudah, has not worked out at all. Cornerback and quarterback will probably be top of the agenda for the Lions in next year’s draft. Find the right QB, and the Lions will become a major problem in the division in short order.

While there are positive signs and reasons for Lions fans to be optimistic, the team is still knee-deep in a rebuild. They are still a year or two away from making the playoffs, although a not particularly strong NFC conference might give them an outside chance.

That said, the goal for 2022 is progress. I expect them to continue playing tough football and be a competitive Lions team. Regarding winning games, six wins in 2022 should be the first goal. Any more than that would be a bonus and could put them in the hunt for a wild card berth, depending on where in the season the victories come.

The development of the young players on their roster is the most important thing while continuing to build on the togetherness and attitude shown last season. The Lions have the chance to create something good and be relevant for the first time in a long time.

How to get a medical cannabis prescription in the UK today

Vikings Will Face Anthony Barr as an Opponent on November 20th

Justin Jefferson Can Wrap up OPOY in Chicago

The Vikings Top Defensive Performers at Dolphins, per PFF

Did We Just Witness the Best Vikings Game in Franchise History?