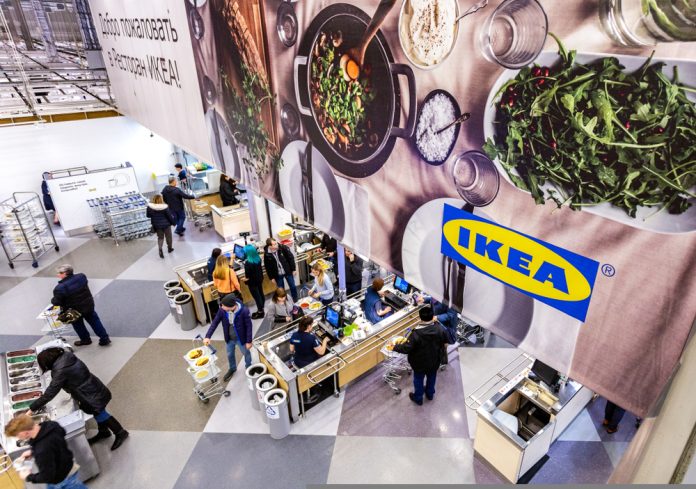 // Ingka Group, the largest Ikea retailer, has reduced food waste by 54% in its Ikea stores

Ingka Group, the holding company that controls the vast majority of Ikea stores, has revealed that it has reduced food waste by 54% in its Ikea locations.

That translates into more than 20 million saved meals and 36,000 tonnes of CO2 that have been avoided.

The group, which prepares and serves food to more than 560 million people annually said that over 20,000 food workers at the Swedish furniture giant used AI technology in their daily routines to gain a deeper understanding of what was being discarded and why, helping them to prevent and reduce food waste in the kitchen.

Ingka Group first reached the 50% reduction goal in combined production food waste milestone at the end of the year 2021 and because around a third of all food produced and harvested around the world goes to waste, generating between 8-10% of global greenhouse gas emissions, Ikea said it knew it had to address this challenge as a major global food retailer.

The goal, set in 2017 as part of Ikea’s ambition to become circular and climate positive by 2030, was first reached by Ingka Group at the end of 2021 – 9 years ahead of the target date set by the United Nations.

Ingka Group Chief Sustainability Officer Karen Pflug said: “I truly believe food is too precious to be wasted and that everyone has a role to play to prevent and reduce food waste, whether it is at home in our own kitchens or in our business. We know that many people around the world suffer from hunger, whilst at the same time a third of all food harvested and produced is wasted. It is clear that we need to take decisive action to play our part to change this. The impact we can all have on preventing and reducing food waste is beneficial for both people and the planet.”

Ingka Group Global Food Manager Lorena Lourido Gomez said:“Together with our co-workers, partners and our customers we are determined to play our part, and as a global food player serving more than 560 million people every year, we want to show what´s possible and I really hope that by sharing our learnings we can inspire and encourage others to join us on this journey,”

“This milestone has been met nine years ahead of the UN Sustainable Development Goal and shows the importance of setting bold targets, learning, and developing our approach along the way. We are committed to maintaining these results while also going further to reduce consumer waste and put unavoidable food waste to good use,” she adds.

What Injuries Are Covered by Workers’ Compensation in Florida?