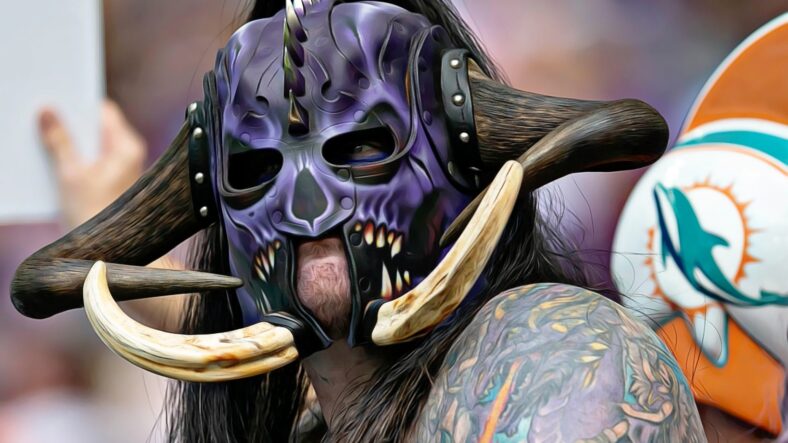 The Minnesota Vikings are marinating in the NFC’s No. 2 seed through six games of 2022, and fans don’t know exactly how to feel.

Ask any of those same fans two months ago about a potential 5-1 start, and folks would fall out of their purple chairs. But now, Minnesota leads the NFC North by two games, is on a commanding trajectory to reach the postseason, and onlookers don’t know how good the team can be.

Well, there’s a reason for this reluctance — statistically speaking.

Through Week 6, the 2022 season for the Vikings is their “worst best start” in franchise history. Sure, the win-loss is glorious, sporting five wins to just one [lousy] loss, but opponents’ throats aren’t getting stepped on. Minnesota is winning squeakers. And the tendency is fine because the margin of victory is unimportant.

Yet, compared to other fabulous starts throughout franchise history, the 2022 edition is the most blah, according to the numbers. The Vikings have existed for 62 seasons. And 16 times (25.8%), they’ve started with 5+ wins in their first six games. In 2022, their +21 point differential is the lowest differential of all 16 seasons with 5+ wins thru six games.

In total, Minnesota has outscored all opposition by 21 points en route to the 5-1 record. It’s winning games by three or four points per week. This is new — when compared to the 15 other starts of seasons with 5+ wins.

Here are the numbers:

Yes, that’s these Vikings all the way at the bottom, basement-residers among 15 good Vikings teams. It’s odd.

Historically, when the Vikings begin a season with five wins in six weeks, they tend to blow doors off some opponents. Such is the case for most 5-1 teams — not just the Vikings franchise. However, the Kevin O’Connell-led Vikings aren’t dominating. If you believe they are doing anything of the sort, you’re ignoring the math or simply not watching real-time games.

This doesn’t have to be a detriment. Perhaps the Vikings will cruise to a 12-5 record with oodles of close games. That’d be fine and dandy. Few would bellyache.

Put simply, though, the current Vikings aren’t tyrannizing opponents like great Vikings teams of yesteryear. In fact, the 2022 Jacksonville Jaguars have a better point differential than the Vikings at +24 — but own a 2-4 record.

Regardless, the Vikings can initiate the process of drubbing opponents at any time, and this puzzling atmosphere can subside. Fans are essentially determining if Minnesota is a decent team that’s getting lucky — or a good team hitting its groove eyeing eventual greatness.

That learning curve for fans continues in Week 8 when Minnesota hosts the Arizona Cardinals, a squad that just toppled the New Orleans Saints on Thursday Night Football.