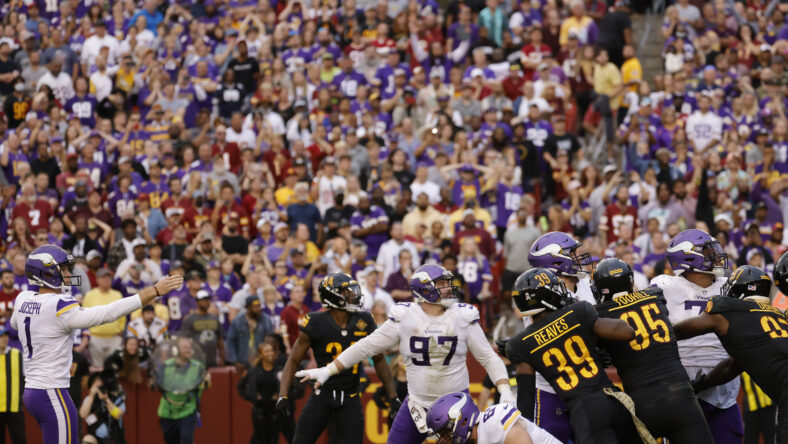 Minnesota Vikings fans need not be reminded of the franchise’s erroneous placekicking history, which is why seeing Greg Joseph struggle this season has been both unsurprising and infuriating simultaneously.

Entering the season, Minnesota hoped Joseph would be a steadying presence for a special teams unit that has often underperformed and specialized in broken hearts. Kevin O’Connell spewed extreme confidence in the South African-born kicker, who came out of the gates swinging in Week 1 by making both extra points and all three field goals – one from 56 yards. He hasn’t made a 50-yarder since (0 for his last 5) and has missed five extra points, the most in the NFL this season.

G-Money’s struggles have led fans and media alike to seek a midseason replacement at kicker, from Rodrigo Blankenship to Austin Seibert. I don’t believe Minnesota will sign a free-agent kicker, for multiple reasons.

For one, Joseph’s struggles this season aren’t a phenomenon of the last couple of weeks. If they were going to sign a kicker, they likely would have done so already. Secondly, the lot of kickers out there are free agents for a reason. The good booters are already employed for the other 31 NFL teams. Finally, they believe Joseph’s mishaps -– at least on extra points -– are fixable.

After the Vikings’ wild Week 10 win in Buffalo in which Joseph missed a potentially-costly extra point, special teams coordinator Matt Daniels was asked about No. 1’s woes. There’s a trend.

“If you look at all of his [extra point] misses, every single one of them, that arm isn’t following through up and through the post.”

Daniels also noted that every missed extra point has been wide-right (at least he’s not missing wide-left).

On Joseph’s missed PAT on Thanksgiving night, he failed to follow through. And he missed right.

The errors in Joseph’s game are consistent and can seemingly be addressed. There is a capable kicker somewhere inside of the Florida Atlantic graduate; we’ve all seen it. Even in a game in which he did miss an extra point, Joseph calmly drilled a game-winning 47-yard field goal in the waning moments of a Vikings 28-25 victory across the pond in Week 4. Last season, he set the record for the longest January kick in Lambeau Field history with a 51-yarder on a frigid 11-degree night.

Vikings fans have been burnt far too often by errors from the kicking unit, and this year’s iteration could cause similar pain in the worst possible moment. When Minnesota gets into the postseason, they will need Joseph to come through in what will likely be tightly-contested games against good teams to stave off ghosts of Anderson- and Walsh-past.

If Minnesota is to reach the ultimate football summit and claim the franchise’s first Lombardi trophy in Glendale this February, one can almost assuredly ascertain that Greg will have to morph into the aforementioned “G Money.” Last season’s Super Bowl kickers, Evan McPherson and Matt Gay, were a combined 17-17 on extra points and 22-24 on field goals in the 2021 Playoffs.

As the final chapters are written in the 2022 NFL season, Joseph will once again have a chance to prove his mettle; that is — if his mistakes are indeed fixable. 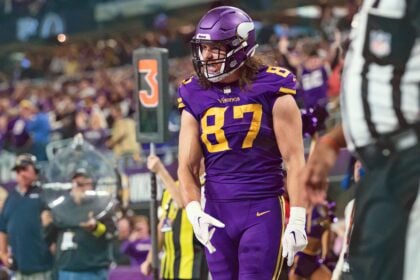 Will is a husband, father of two, and earned an undergraduate degree in Economics (just like Kwesi Adofo-Mensah). Will’s favorite pastimes are water skiing, Minnesota sports, and Cinnamon Toast Crunch. He is the co-host of the Load the Box Vikings Podcast with Jordan Hawthorn. Follow him on Twitter (@willbadlose) and find his other sports content at Twins Daily and his very own Bad Loser Blog.

Our Official Staff Playoff Prediction for Giants at Vikings